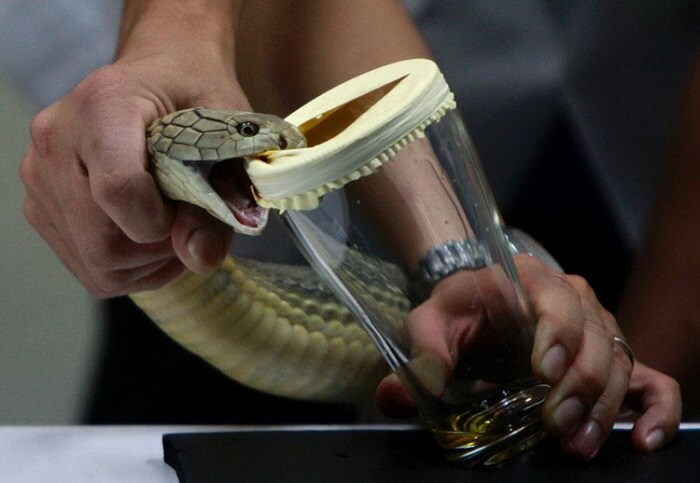 By the way, according to the general law of economics (and not only), which states that the lower the supply, the greater the demand, but workers in these professions also earn very well!

“Snake milkmaids” extract venom from the world’s most dangerous snakes, such as the rattlesnake and the cobra. The resulting poison is used to create antidotes for hospitals and laboratory tests and sells for about $ 1,000 per gram.

It is no different from the real thing, but much more active and useful on such an important and stressful day as a wedding. A kind of personal assistant who will solve many problems and at the same time decorate a holiday and will look good in photos. Get such bridesmaids from $ 300 to $ 2,000 for a wedding.

Working with icebergs became an official profession after the tragedy of the Titanic in 1912. The International Ice Patrol, which runs in the ocean, tracks the drift trajectories of large icebergs and compares recommended routes. If necessary, they can move any dangerous iceberg.

A professional mourner will come to the funeral and kill everyone present with the depth of his grief. The English company “Hire a Mourner” provides specialists for about $ 70 for two hours of inconsolable moans and desperate sobs.

The basics of surfing can be taught not only to you but also to your dog. Paired classes for the owner and his pet or even special classes only for dogs – the joys of conquering the waves should be available to everyone.

It sounds esoteric, but in fact, everything is very simple: it is a specialist who with his sensitive fingers runs on the skin of the subject, trying to feel the effectiveness of a cosmetic product or razor. This job is half-rate with a possible salary of up to $ 25 per hour.

A professional hugger gets up to $ 80 an hour of hugs with strangers. Experts in this field see the main disadvantage of the work is that in addition to physical interaction, you also have to enter into emotional contact with customers, which, according to them, is exhausting.

Some people who have lost a loved one are so reluctant to accept the loss that they order jewelry from the ashes of the dead to such artists. The resulting pendants or rings can be carried with you, never parting with the memory of the deceased.

They work for companies that produce chewing gum, lollipops, toothpaste, and rinses. During special experiments, they evaluate the effectiveness of products and write reports about them.

Some food companies hire people to find out how appealing the taste of dog food they produce is and how great its nutritional value is. It should be noted that in most cases, people try the food but do not swallow.

Their task is to determine the sex of a tiny chicken, relying only on their own intuition. They work in poultry farms in England and Japan, earning up to $ 60,000 a year.

Professional queues of all types and sizes have a particularly busy schedule during the sales season and on the days of Apple’s new releases. Prices vary, but one such fan of standing wait admitted that he earns up to $ 1,000 a week.

The prediction you found in your cookies after dinner at a Chinese restaurant was invented and written by a real person. Such work requires wit and an inexhaustible margin of optimism to make you enjoy what you read. Forecasters earn an average of about $ 40,000 a year.