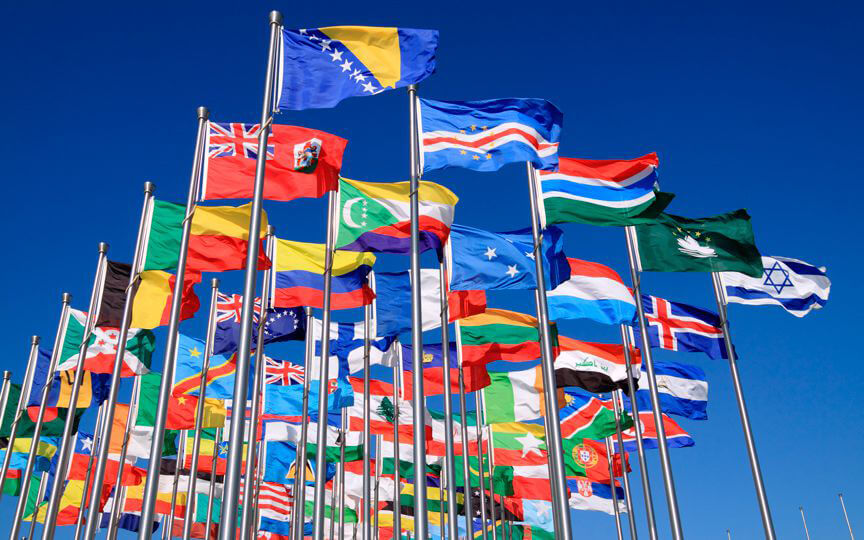 Flags are, in a sense, business cards for the countries that they represent.

They take pride in their national flags and are treated with deference… There are as many state flags as there are nations around the globe, and some of them are rather unique.

-The world’s oldest flag was made about five thousand years ago in modern Iran. It was made of an alloy of copper with other metals.

-The location of the stars on the Brazilian flag corresponds to their position in the sky at the very second when Brazil gained independence.

-The flag of the African country Mozambique depicts a Kalashnikov assault rifle.

-The flag of Paraguay is the only two-sided flag in the world, the images on both sides of it differ from each other.

-The flag of the Philippines in wartime is turned upside down.

-In many countries, insulting the state flag is severely punished by law.

-Pirate flag, known as “Jolly Roger”, was used by pirates to disguise the ship with the plague, because the latter usually hung a black cloth, sometimes with a skull on it.

-The flag of Chelyabinsk depicts a camel.

-The Nepalese flag is the only non-rectangular flag in the world.

-The planet Mars has its own flag.

-White flag – is an international symbol of the armistice.

-The crescent is present on the flags of most Muslim countries.

-Colors that are most common on the flags of states – are white, blue, and red.

-The flag of Switzerland has a square shape.

-The flag of the Czech city of Decin is one of the few flags with wavy stripes, not straight ones.

-In Denmark, you can do anything with the national flag, but it is forbidden to insult the flags of other countries.

-Of all countries, the United States more often than others changed its flag, adding new stars.

-One of the youngest state flags – the flag of Libya, approved in 1977.