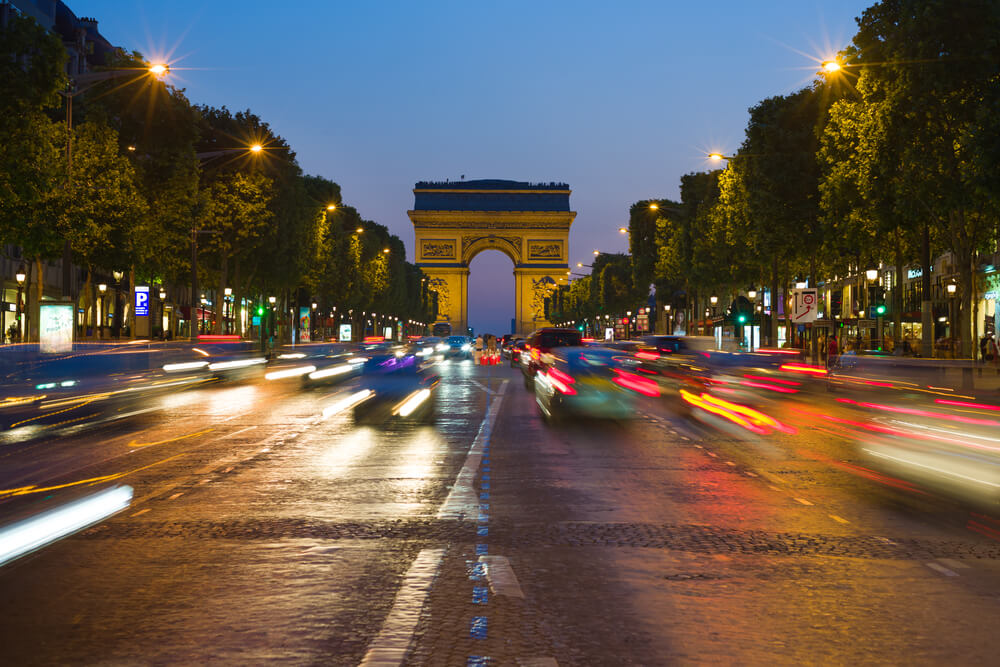 France is the birthplace of the bicycle, cinema, chanson, and Braille. It is the largest state in the European Union, with a population of over 67 million people. And France is also the most visited country in the world.

What else is France famous for? What makes it unique? Our facts are about this.

1. France is the largest country in Western Europe. Its area is 551 thousand km2. This is almost a fifth of the entire territory of the European Union. For its hexagonal shape, France is sometimes called a hexagon (hexagon). A quarter of the country’s territory is covered with forest. Of the European countries, only Sweden and Finland have more forests than France.

2. Perhaps not everyone knows that the main state symbol of freedom, equality, brotherhood – Marianne (Marianne) – appeared as a result of the proclamation of the First French Republic in 1792. At first, Marianne had no real prototypes. But in the late 1960s, sculptor Alain Aslan endowed the character with the features of a real woman: the actress Brigitte Bardot. Among those whom the French chose with the light hand of Aslan for the role of Marianne – Mireille Mathieu, Catherine Deneuve, Sophie Marceau, Laetitia Casta.

3. The French motto Liberté, égalitié, fraternité (“Liberty, equality, fraternity”) was formulated during the Revolution of 1789-1799. It is written in the constitutions of 1946 and 1958. Along with Marianne, he can be seen on coins, postage stamps, and state logos.

4. Thanks to the French, the world got a bicycle with pedals. The inventor of the eco-friendly vehicle was the blacksmith Pierre Michaud, who supplied parts for the trolleys. He designed his bicycle in the early 1860s.

5. World cinema (cinématographe) owes its birth to the French – the Lumière brothers. Louis and Auguste Lumiere laid the foundation for a new art form on December 28, 1895. It was then that the first public film show took place in Paris. They showed their 10 films, each 50 minutes long, at the Salon Indien du Grand Café. Interestingly, the Lumières called the cinema “an invention without a future.” As it turned out, they were very wrong.

6. A purely French invention – camouflage. It was first used by soldiers of the French army in 1915, during the First World War. The word camouflage comes from the French verb “to make up”. Weapons and vehicles were painted by artists called camofleurs.

7. In the French Alps is the highest mountain peak in Europe – Mont Blanc. Its height is 4,810 m. The ascent to the mountain takes 10-12 hours. However, the summit can be reached in 20 minutes using the highest cable car in Europe.

8. The most visited museum on Earth is also French. This is the Louvre. In 2018, there was a record number of visitors – 10.2 million (the same number of people live in Sweden).

9. One of the main architectural objects of Paris – the 300-meter Eiffel Tower – in 2016 was recognized as the most important attraction in the world, against which selfies are taken. The tower was built in 1889 as a temporary structure that served as the entrance arch to the World’s Fair.

10. France is proud to be one of the first to introduce high-speed rail technology. In 1981, the country launched the TGV super-fast electric train network. Their speed at that time was revolutionary: 320 km / h.

11. France is famous for its wines. Moreover, it produces both the most expensive wines and high-quality ordinary ones. In 2018, the country’s income from wine exports amounted to 18 billion.

14. France produces 1,200 different types of cheese with a volume of almost 1 billion tons per year. A French proverb says: “Every day of the year has its own cheese.”

15. The French invented women’s tights. And this is one of the key inventions of the twentieth century, for which every inhabitant of the planet is grateful to France. The world’s first fiber for tights was created in 1938 by a Frenchman named Dupont. Thanks to him, in 1940, nylon tights conquered the United States.

16. The longest novel in the world – “In Search of Lost Time” (A la recherche du temps perdu) – was written by the Frenchman Marcel Proust. The 13-volume, 3,000-page masterpiece was first published in 1913.

17. The French invented their famous perfume in the 17th century. They say this invention was a response to the reign of leather gloves in fashion. They say that the smell of perfume effectively neutralized the smell of the skin. However, perfume gained its true popularity in the 19th century. Then they began to scent all the details of the toilet with perfume.

18. The French invented the balloon. At the end of the 18th century, bratya Montgolfier was the first to fly a hot air balloon.

19. France is famous for the most expensive mushrooms in the world – truffles. This is the only commodity in the world for which there is no fixed price. A kilogram of unpeeled truffle costs an average of about 600 euros.

20. Notre Dame de Paris, Notre Dame Cathedral, was hit by a fire in April 2019. In the 12th century, 52 acres of forest were cut down to build it. Today, to revive the cathedral, it will take significantly more than the 100 million euros allocated for the reconstruction of the roof, spire, and frame.