Skip to content
Home Psychology 7 Ways to brighten your day 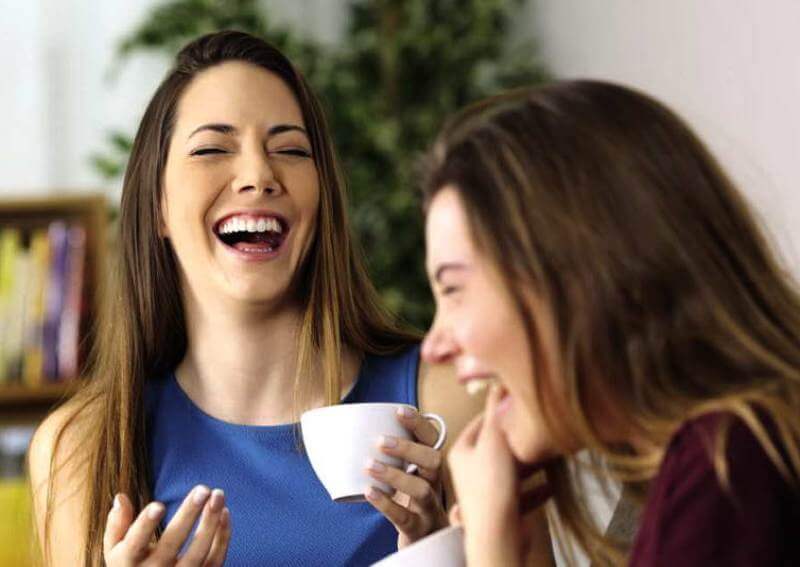 There is simply no person in the world who at least once in the autumn day did not get bored under the mournful rustle of the wind and the monotonous song of rain.

However, this does not mean that a bad mood should become a full-fledged master of your life: it can and should be fought! Animal therapy (communication with animals) is one of the most pleasant ways to lift your spirits

Hypochondria, melancholy, boredom, spleen, sadness, boredom, sadness – the Ukrainian language is so generous with words that describe a bad mood. But the diagnosis of “melancholy” or “melancholy” you, of course, do not find in medical directories. They operate with other concepts, such as “stress” and “depression”. It is important for all those who mobilize their forces to fight a bad mood to distinguish between these states and know that they are closely related to each other.

For stress, for example, typical increased irritability, irritability, and anxiety, inability to control themselves. Having discovered these symptoms, do not panic, there are natural sedatives to combat them (eg, Person). The main thing to remember is that stress does not forgive carelessness, it becomes chronic and eventually exhausts the nervous system, turning into a real depression. And the decline in strength and apathy characteristic of this condition is often so strong that it is impossible to cope with them without a specialist.

Therefore, you should not put off the fight against a bad mood in a long box – the earlier and more vigorously start a fight with him, the less likely it is that the words “stress” and “depression” will have anything to do with you. And the sooner the sun shines in your sky – no matter what the weather outside. Only let’s agree at once: not to offer shopping and sweets: the first negatively affects the budget, and the second – on a condition of teeth and a figure. So look for safer, but no less effective ways to get rid of a bad mood.

GO TO THE BATH
ENGAGE IN LAUGHTER THERAPY

Feel free to laugh at every convenient and even awkward occasion – it has a beneficial effect not only on mood but also on overall health. Moreover, even if there is no reason for fun and laughter is tense, it does not matter, our body at the physiological level does not feel the difference and still launches certain biochemical processes, which improves both mood and well-being. So after a while, the artificial laughter becomes sincere and contagious. Incidentally, the American journalist Norman Cousins, who was one of the first to test the effects of laughter therapy, laughter helped to cope with a deadly disease: he lived another quarter of a century after he was diagnosed.

FILL YOUR LIFE WITH PAINTS

Very often the decline of mood in the fall is associated with a banal lack of light. In order not to drown in seasonal gloom, try to saturate the surrounding interior with bright colors. First of all, screw a brighter light bulb into the chandelier and stop saving on electricity. Get orange curtains – during the day they will create the complete illusion that the room is filled with sunlight. Oranges and tangerines, laid out on a picturesque slide in a fruit vase, can also remind you of the sun. In addition, they saturate the air with an invigorating citrus aroma, and the body will enjoy an extra dose of vitamin C, which is simply necessary for the nervous system in order to effectively resist all sorts of troubles.

If sadness drags deeper into your webs, then it’s time to arrange an emotional and physical shock. Jumping with a parachute, roller coaster rides, climbing to the highest point on the climbing wall – the range of such entertainment is so large that it remains only to choose exactly what will make the strongest impression on the body. After a breathtaking adventure, you will feel refreshed and instead of being sad, you will be proud of your courageous deed. To improve the effect, you are allowed to shamelessly brag about your courage, especially in front of people who did not believe in you.

HELP THE ONE WHO IS WORSE

There will probably be no problems with finding a person who has more reasons to despair than you. Listen to him carefully, sincerely sympathize, try to encourage and help as much as you can – this will be a serious contribution to improving mood. And it will happen not only to your ward. Altruism, as shown by a number of scientific studies, not only reduces stress but also strengthens the immune system, cardiovascular system and in general – prolongs life.

Animals have such a healing effect on humans, especially in his psycho-emotional sphere, that medicine is already developing a whole area – animal therapy. Communication with animals promotes the production of the hormone of happiness – serotonin, and in order to correct a bad mood is enough for fifteen to twenty minutes. So if you are not ready to get a pet brought up, therefore, go visit friends who have cats or dogs, they are the best way to cope with stress. You can even go to the nearest pet store and admire the fish – their contemplation is also recognized as healing and relaxing.

Residents of megacities are under the constant irritating influence of urban factors – man-made landscapes and noise keep us in constant tension, which leads to boredom. So at the first opportunity go to the nearest park, admire the natural scenery, it not only calms the nervous system but even stimulates cognitive processes and can improve short-term memory. So it is possible that on a country walk you will be visited by enlightenment, which will help solve some long-standing problem. By the way, images of nature have a similar influence, so you can hang landscapes around the apartment and place the appropriate wallpaper on your computer desktop.