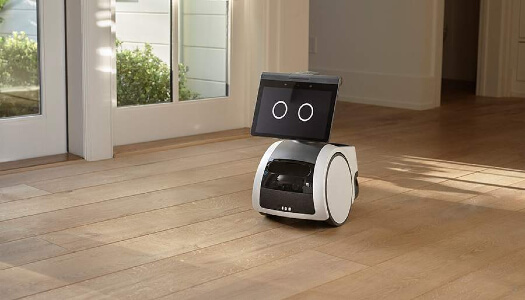 The American corporation Amazon has announced the launch of Astro, a home robot that looks like a dog.

The robot is said to be based on the same technology as Amazon’s “smart” voice assistant Alexa. The house robot, according to Reuters, is meant to do duties such as monitoring housing, creating routines, and generating reminders. Astro may also listen to music and watch TV shows while driving about the house.

The robot has a camera mounted on a bracket that allows it to observe the house from a distance of up to one meter. It’s worth noting that the Astro may alert the owner when “anything strange” is discovered, among other things. Amazon will begin selling the robot shortly, but only in the United States. The gadget has a beginning price of $ 999.99 (limited to special invites) and a normal price of $ 1449.99.