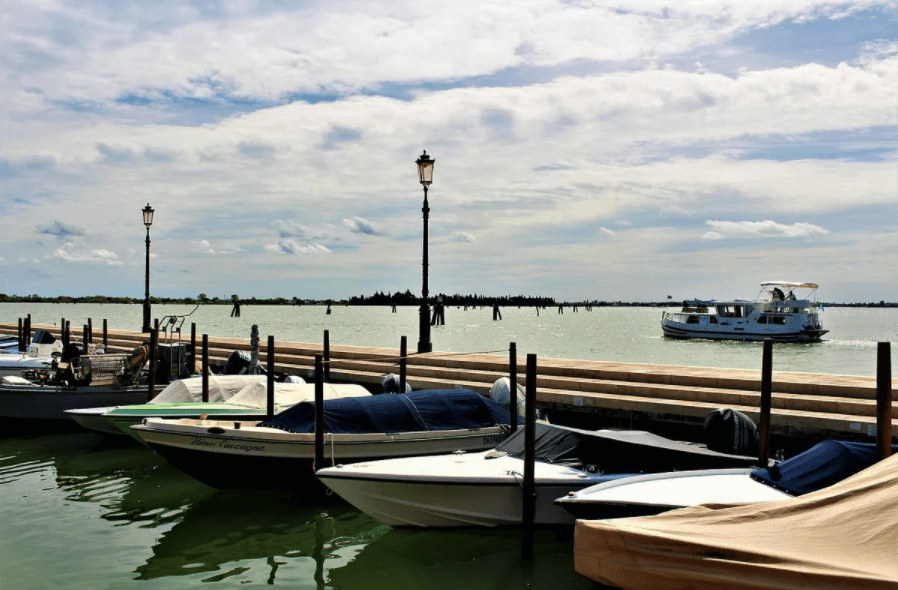 In antiquity, when the level of the Mediterranean Sea was 5-9 meters below, it connected several coastal settlements.

It is believed that Venice was built on a kind of “wasteland”, where there were no other settlements. Therefore, archaeologists believed that all the artifacts and fragments of buildings that were previously found at the bottom of the lagoon got there from the continent. in antiquity in the Venetian lagoon there were many ancient Roman settlements, “- the researchers write.

Unlike Ancient Greece, Rome does not boast an equally rich cultural heritage. However, the Romans left a big mark in other areas of public life, including jurisprudence and architecture. Many ancient Roman buildings and roads have survived almost in their original form, and some of them are still used.

Scientists led by Fantina Madricardo of the Institute for the Study of the Sea (Italy) have found one of the most unusual examples of ancient Roman roads at the bottom of the Venetian Lagoon. In the distant past, it connected several coastal settlements.

The Venetian lagoon is a large shallow bay, about 8% of the total area of ​​which is occupied by small islands. Scientists suggest that in the past these islands were much larger because in ancient times the level of the Mediterranean Sea was lower. Therefore, some archaeologists believe that in the lagoon in the past there may have been several ancient Roman settlements.

Madricardo and her colleagues tried to see if this was really the case. They “illuminated” part of the bottom of the lagoon with echo sounders and other devices. It turned out that in the northern part of the lagoon, near the small town of Cavallino-Treporti, there were several unusual landforms of anthropogenic origin. Underwater archaeologists have concluded that this is part of the ancient Roman road that connected the Venetian coast with other areas of the empire.

This hypothesis is confirmed by the structure of the soil, as well as many artifacts found near the underwater road. Among them – the so-called “basis” – cobblestones, which covered the upper layer of ancient Roman roads. In addition, all identified segments of the road were directed strictly in one direction, which is also typical of ancient Roman highways, which always had the shape of a straight line.

It also says that the part of the bottom of the lagoon where they found the road, in antiquity was part of the coastline of the Mediterranean Sea because at that time its level was lower than today by about 5-9 meters. Scientists believe that this highway connected coastal villages with major ports – Altinum in the north and Claudia in the south.

Scientists hope that this theory will help test further studies of the bottom of the Venetian lagoon. If confirmed, archaeologists will have more reason to believe that the coast of northern Italy hides far more traces of the ancient Romans than previously thought.