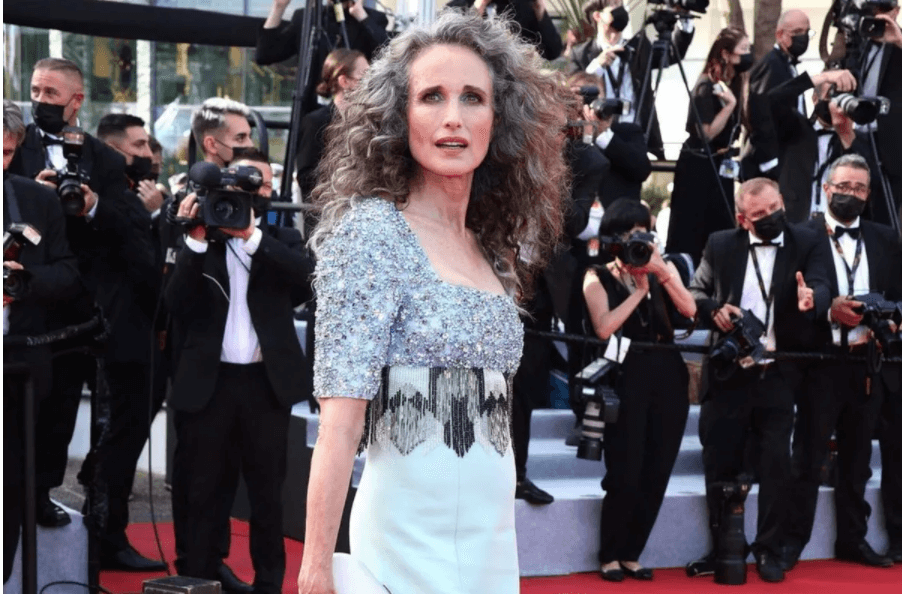 It gives me strength and makes me honest. We admired the natural beauty of 63-year-old Andy McDowell a few weeks ago when she appeared on the track of the Cannes Film Festival.

First, it was noticeable that the actress, unlike many of her colleagues, gave up plastic and Botox, but age wrinkles only gave her charm. Secondly, Andy decided not to paint gray, but the stylists wrapped her hair in Hollywood curls and gave volume at the roots. In an interview with Vogue, McDowell explained why she decided to look as natural as possible.

The actress admitted that as soon as she noticed gray hair, she began to dye them in its natural brown shade. And then she realized that in this way others subconsciously perceive her decision as a desire to look younger, and she did not like it.

She also added that her representatives initially disagreed with her opinion, saying that now is not a good time to look natural. But the celebrity insisted on his own.

“I told them, ‘You’re wrong.’ If I accept my hair, I will become even more influential. And the time for that has come, in two years I will turn 65 “, – McDowell told.

At the same time, she noted that she, of course, had feared at that time. She feared that with gray hair it would be harder to get roles in movies.

“At first I was a little scared, imagining how I would have to wear wigs to please people. But as soon as I overcame that fear, I realized I was going in the right direction. With gray hair, I feel honest. I feel accepted. I’m so comfortable. And I also think that gray hair attracts more attention, and it suits me, “said Andy.

In addition, the actress touched on the topic of ageism.

“I don’t want people to think that only young women without wrinkles and gray hair can be beautiful and desirable. We don’t think about men like that! We like older men, we love them when they get older. And I want women to be treated the same way, “McDowell said.

In conclusion, the actress shared the secret of hair care. She advised women with gray hair not to use purple shampoos for blondes, it is better to choose products designed for gray hair. Many brands now produce similar.