Skip to content
Home People Branson vs. Bezos: Which of the billionaires will be the first to fly into space 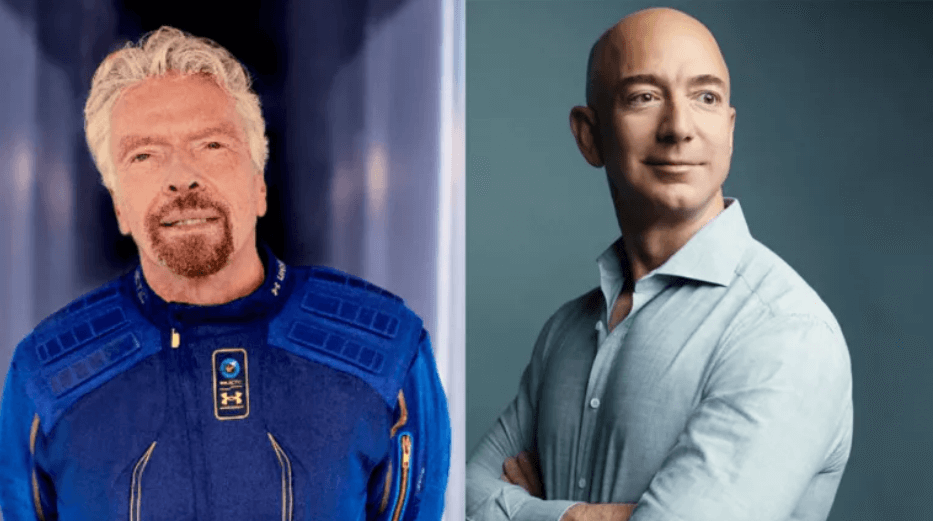 On Sunday, July 11, British billionaire Sir Richard Branson is going to fly into space on a Unity rocket plane, designed and built by Virgin Galactic.

And this will be the first commercial space flight in human history, which is carried out entirely by a private company. If all goes according to plan, Branson will be nine days ahead of American billionaire Jeff Bezos. As previously reported “FACTS”, one of the richest people in the world intends to go into orbit on July 20 on the New Shepard. It was built by Blue Origin, a company owned by Bezos.

Western media claim that there is a fierce rivalry between the two businessmen. However, Branson denies this. “I wish Jeff and everyone who flies with him all the best. I look forward to the opportunity to have a private conversation with him when he returns. And he and his team also wished me good luck, “said Sir Richard.

Virgin Galactic, which will include Branson and three other people, must rise to a height of 90 kilometers, which will allow you to experience a feeling of weightlessness for a few minutes. In addition, passengers and the ship’s crew will be able to see the Earth from orbit.

Beth Moses, Colin Bennett, and Sirisha Bundle are flying with the British billionaire. Beth and Colin are professional pilots and work at Virgin Galactic. Sirisha holds the position of Vice President of Government Relations and Research at the company.

Unity is scheduled to launch a week before Branson’s birthday – he turns 71 on July 18. This fact is interpreted by the media in favor of the version that Sir Richard is allegedly in a hurry to overtake Bezos. After all, he could fly on July 18.

In fact, this argument has caught my ear. All space launches depend on weather conditions. Therefore, the dates are carefully agreed on the basis of long-term and short-term forecasts of weather forecasters.

Bezos chose July 20, because it will be the 52nd anniversary of the first manned landing on the moon. The New Shepard is named after astronaut Alan Shepard. He went down in history as the first American to make a space flight and one of 12 people to visit the moon.

The dates of both starts are conditional. These are the so-called “windows” when the conditions look most favorable. Flights may be delayed due to bad weather or technical problems.

Branson was ready to fly before. On May 22, 2021, the Unity rocket plane made a successful test flight. The launch was made by two pilots – former NASA astronaut CJ Sterkow and senior Virgin Galactic test pilot Dave McKay. Under their leadership, the aircraft was able to climb to a height of 89 kilometers, after which it successfully planned to land. And on July 7, Branson’s company received a license from the US federal government to conduct commercial space flights.