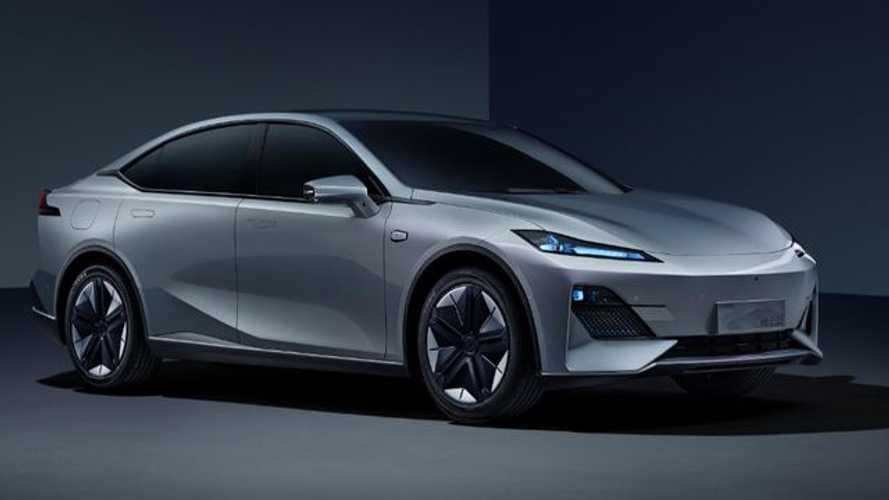 The new electric car Changan C385 in the liftback body has a lot in common with the recently introduced Uni-V. Chinese media report that the novelty will be able to compete with the popular electric car Tesla Model 3. In general, the electric car has a futuristic appearance. Yes, there is no grille and Changan logo on the front. The two-level main optics deserves attention. The lower lighting unit is a matrix and can boast interactive functions.

To reduce the air resistance the car door handles are integrated into the door panel and will be equipped with a sliding mechanism. There are also aerodynamic caps on the wheels of the electric car. Unfortunately, the automaker has not published photos of the new interior and has not yet declassified the details of the power plant. Given that the C385 has recently been tested, the debut of the electric model is not far off.