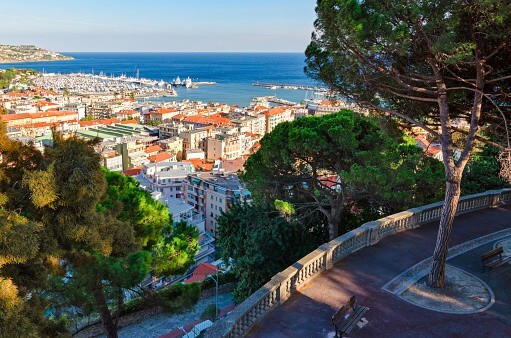 San Remo was founded by the ancient Romans near the modern city, in the village of Mattia, they built a small fortress to repel the Saracens.

Later, San Remo (named after the hermit Romulus) became part of the Republic of Genoa and lost its independence.

The most beautiful photos of San Remo – from a height, when the frame is the Ligurian Gulf and the colorful roofs of the city. Go to the very top of the Old Town (while taking photos of the ancient streets of San Remo (!)), To the Cathedral of Santuario di Nostra Signora Della Costa. There is a beautiful observation deck around this temple – you can take great photos of San Remo against the backdrop of the Mediterranean. 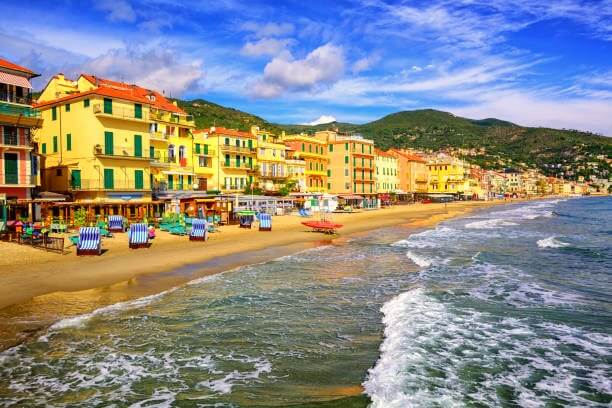 On the map of San Remo, pay special attention to the Old Town – where it is called La Pigna. The name can be translated from Italian as “cone” or “bunch of grapes” – in the XI century there were powerful fortifications created to protect against the Saracens. Today, La Piña is a labyrinth of narrow cobbled streets, arches, and stairs that lead down to the promenade from the hill – it really resembles the “scales” of cones or grapes.

Be sure to visit Marsala Park. Rare specimens of Brazilian palms and other various tropical and exotic plants grow here. Outdoor concerts are held in this park in summer.

Today San Remo is the brightest resort on the west coast of Liguria. An elegant promenade with palm trees and numerous boutiques, parks and gardens with tropical vegetation, a luxurious casino resembling a palace and, finally, a fun and festive atmosphere that prevails all year round: San Remo hosts an Italian song festival and a flower festival, fashion shows and sailing regatta, car racing and boxing, tennis tournaments and rowing competitions.