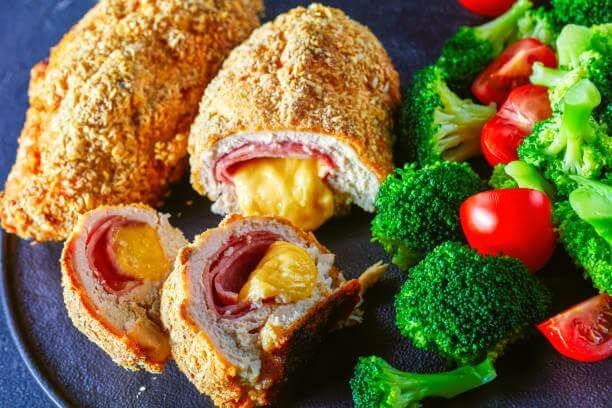 When people hear the name of the dish – chicken Cordon Bleu, they often think that it is something very complicated and they can not. I want to show you that this is absolutely not the case.

This is a simple combination of chicken fillet with ham and cheese. Due to this filling, the chicken remains incredibly juicy and fragrant after baking, and due to the breading, an appetizing crispy crust is formed. A little lemon juice – and the divine dish is ready! 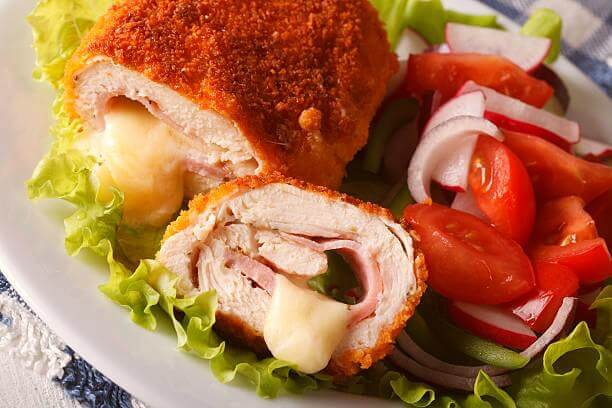 HOW TO COOK CORDON BLEU CHICKEN

Carefully cut each fillet lengthwise, without cutting to the end, to form a “pocket”. Add salt and pepper to the chicken on all sides.

Put slices of hard cheese and ham in the cuts. If the cheese or ham protrudes too far beyond the edges of the fillet, you can trim it carefully.

For breading in separate bowls put 2 eggs, 4 tbsp. l. breadcrumbs and 4 tbsp. l. flour. Bread each fillet first in flour, then in egg, and then in breadcrumbs. Carefully place the fillets in a baking dish. Bake in the oven at 180 degrees for 25-30 minutes until a ruddy crust appears on the fillet. When serving, sprinkle the chicken fillet with lemon juice.