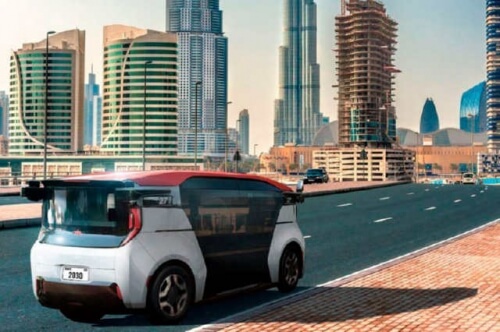 In the first batch, about a hundred cars will be produced, at the same time a new plant is being built, where such cars will be produced in tens of thousands, the company said in a blog post.
Today, self-driving cars are in the test phase, so developers use conventional vehicles and simply equip them with missing components. This is also due to the fact that while almost all drones during tests ride with a person who monitors the operation of the car, and he needs a steering wheel and pedals in order to intercept control from the autopilot if necessary.

But in the future, drones will no longer need a safety net and their production will reach a huge scale, so engineers will have the opportunity to significantly redesign the layout of the car’s interior, in which there will no longer be a driver and only passengers will remain.

On June 15, Cruise announced that it had begun pre-production of Origin at the General Motors manufacturing facility in the US state of Michigan. During the summer, specialists must assemble about a hundred machines, and then test them.

While Origin is being tested in closed areas. In early June, the company received a permit to carry passengers without an insurance driver in the cabin. So far, it applies to unsecured Chevrolet Bolt, but Origin uses similar algorithms, so it is likely that Cruise will be able to test this model on public roads in the near future.

Cruise also said it is preparing production lines at General Motors Factory Zero in Detroit. Serial production of Origin on it should start in early 2023, and, as the company notes in the blog, it will amount to “tens of thousands” of machines (it is unclear whether this means tens of thousands a year or for a different period). The company also said it received $ 5 billion from General Motors to scale its fleet in the coming years.