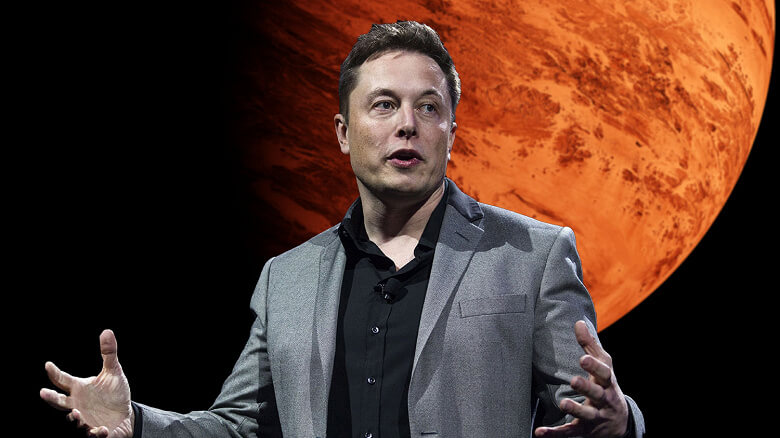 SpaceX founder Elon Musk said the first settlers on Mars would live in houses resembling glass domes. He wants to populate the planet by 2050 with more than a million people.

According to the businessman on Twitter, in order to build a city on Mars, people will initially live under “glass domes”. He noted that later the Red Planet could be “terraformed to support life, such as on Earth.”

“Terraforming will be too slow to be relevant in our lives. However, we can build a human base there throughout our lives. At least, the future space civilization, when it finds our ruins, will be amazed that people have gone so far,” Musk wrote.

Terraforming – changing the climatic conditions of a planet, satellite, or other space body to bring the atmosphere, temperature, and environmental conditions to a state suitable for terrestrial animals and plants.

It all started with an Astronomiaum user mentioning how Musk said in 2017 that he would like to visit Mars in his lifetime. And the intention to populate the planet with more than a million people by 2050. Elon Musk responded that the settlement of Mars is quite possible.

After his company SpaceX received official certification from NASA to transport astronauts to the International Space Station earlier this month, which Musk called a “great honor,” the SpaceX chairman said it gave confidence to “return to the moon, fly to Mars. which will ultimately help humanity become a multi-planetary species. ”

• Elon Musk plans to send a million people to Mars by 2050. To do this, his company SpaceX will build a hundred Starship ships a year.
• SpaceX’s Ilona Maska has conducted the first successful tests of a prototype of the Starship SN5 rocket, which is planned to be used for flights to the moon and Mars. The prototype flew 150 meters and landed down. The previous four prototypes exploded during the tests.
• For the first time in history, NASA will build a meteorological network on another planet. Data on the environment on Mars, scientists will begin to receive in 2021 after the arrival on the planet of the rover Perseverance.