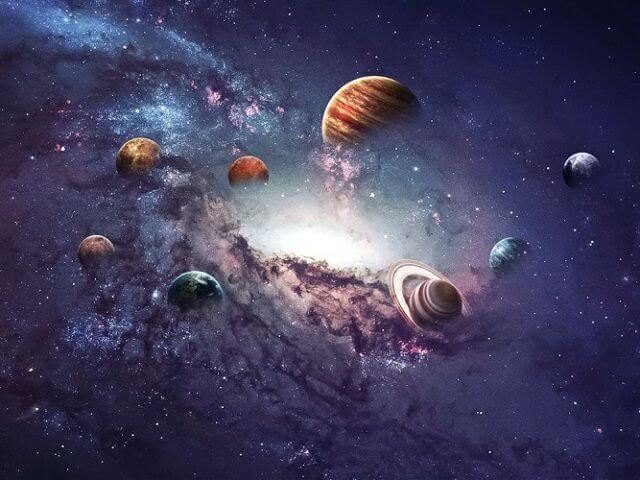 The sixth-largest satellite of Saturn. It is considered the most likely candidate for life due to its favorable temperature, the probable presence of water, and simple organic compounds. The surface of the moon is 99% covered with water ice and there is a good chance that under it is water in a liquid state. Observations of the Cassini spacecraft, which flew past Enceladus in 2005, indicate the presence of elements of carbon, hydrogen, nitrogen, and oxygen – atoms necessary for the development of life. It also seems that inside the moon there is a hot molten core that could heat the satellite to the temperatures necessary for life to occur.

Although the surface of Jupiter’s moon Europa is frozen, scientists suspect that there is an ocean of liquid water beneath it. Volcanic activity could create the necessary heat and important chemical elements necessary for living organisms. Microbial life could potentially survive near hydrothermal extracts in Europe, just as it does today on Earth.

The red planet is most similar to ours among the other planets in the system, with approximate size and temperature. At the poles of Mars are large massifs of ice, so there is a possibility that under them may be water. The planet’s weak atmosphere is unable to protect its surface from harmful solar radiation, although microbes can potentially exist beneath the soil surface. Geological data indicate that rivers once flowed over the planet’s surface and volcanoes worked, but are now dead.

Saturn’s largest moon, thanks to its powerful atmosphere and available organic compounds, is suspiciously similar to the planet on which life could once exist. For example, the air on Titan is filled with methane, which is usually destroyed by sunlight. On Earth, living forms are constantly replenishing methane reserves, so it is possible to assume that the same could happen on Titan. However, Titan is quite cold and if it now has water in a liquid state, it is only deep under the ice.