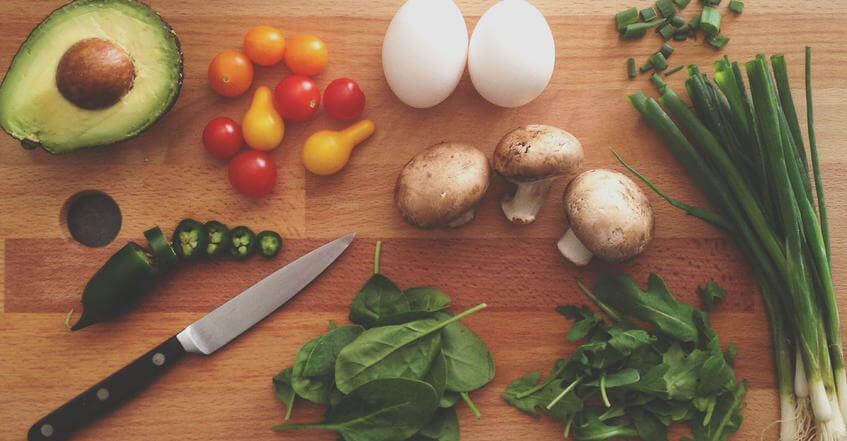 It turns out there are foods that can be eaten in unlimited quantities without worrying about your weight.

In addition, if you want to have a snack, but do not have the time or desire to cook a full dinner, these products will come in handy – they are hearty and healthy. You come home from work late at night and are usually already hungry. After thinking a bit, you decide not to spend time cooking a full dinner, but only a light snack. You take a big pack of chips and intend to eat only a few … But after a while you realize that you have eaten everything, your body has consumed 700 calories, but you are still hungry.

But if you want to stay in shape or lose weight, such situations should be avoided. You will have to forget about chips, pretzels, and other salty snacks, which contain a huge amount of salt, and sodium and which have almost no fiber and other useful elements. It is impossible to eat such food. You’ve probably already imagined a list of different types of salad, which include not very tasty vegetables such as celery. But not everything is so bad. Well, celery is on the list. But besides it, there are also mushrooms, exotic fruits, and even popcorn. Most of these products are easy and very quick to prepare, sometimes they are easy to rinse with water. In addition, they can be eaten in unlimited quantities.

However, this does not mean one that can be cooked in a microwave oven or one that we buy in the movies. In this case, it is popcorn cooked with hot air (in the oven or in a special device for making popcorn). One cup of this popcorn contains only 31 calories. It can be sprinkled with a little salt and eaten in handfuls.

You can forget about tasteless greens! Arugula salad is a good side dish! You will also need parmesan, olive oil, and salt. Two cups of arugula contain only 10 calories, so it can, for example, safely replace bread.

Blueberries can be called a universal product to eat. Only 85 calories per cup, it is rich in vitamins and trace elements. Blueberries can be added to smoothies and yogurt, or mixed in a blender with bananas, adding a little lemon juice, and left in the freezer for several hours. The result is delicious and healthy ice cream.

These beans can be sold both fresh and frozen, in purified form and together with the “shells”. They should be tried and made part of your diet. A cup of edamame contains 130 calories. Beans can be used as a spicy addition to dishes, and as a stand-alone snack. But a real delicacy will come out if you just steam them and then add a little sea salt.

Celery is 95 percent water, the other 5 are fiber. Two stalks of this vegetable contain only 13 calories and about a gram of pure fiber. If you soak them in hummus, you get a very tasty and healthy snack.

You can eat as much egg white as you want because one protein contains as much as 4 grams of protein and only 17 calories. You can eat protein both separately and with the yolks, because the yolks contain many trace elements (though, and extra calories). From proteins, you can prepare light and quick breakfast: an omelet with tomatoes, spinach, and feta cheese.

Never make orange juice: the flesh is the most useful of this fruit. By eating oranges daily, you not only get a daily dose of vitamin C but also saturate your body with other trace elements, such as folic acid, potassium, and vitamin B1. One average orange contains about 60 calories, and fiber will allow you to stay full until the next meal.

This type of mushroom is one of the most popular because in its texture and taste they resemble meat. One large-cap of Portobello mushroom contains only 18 calories, and you can safely add it to your vegetarian burger, or grill it with salt, garlic, spinach, and even soft cheese.

Any edible algae is a dietary product. If before they were distributed only in East Asia, now they can be found in supermarkets around the world. In addition to being a low-calorie product, algae boast a high iodine content, which is very good for the thyroid gland. One cup of fresh seaweed contains 30 calories and one gram of fiber.

Sugar peas have a naturally sweet taste, which makes them a great option to snack on. One cup of this pea contains 35 calories and 2 grams of fiber and protein. It can be eaten with cheese or stewed.

This seemingly unremarkable root is one of the most useful plants on the planet. It is extremely rich in beta-carotene and vitamin A. One average potato contains about 112 calories, and since this root is very filling, one potato will be enough for you.