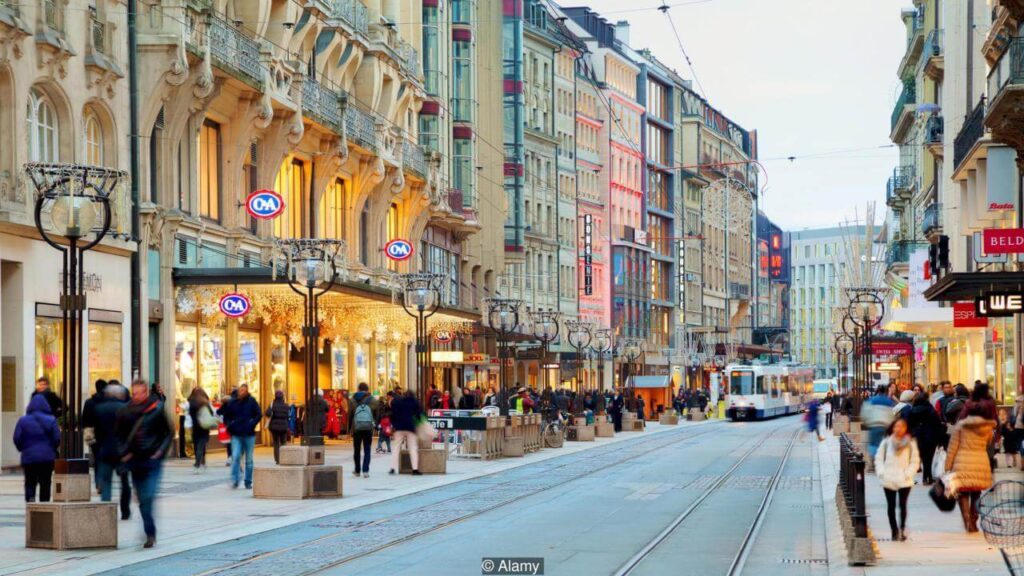 Once a friend invited me to go for a day to Switzerland and gave a tour to Geneva. She said that Geneva is the quietest and quietest city in all of Europe.

It looks like a cozy comfortable apartment, where German neatness and Gallic warmth coexist peacefully, but there is no French laziness and boredom anywhere. I boldly took my five-year-old daughter with me and went to admire the beauty of Geneva.

The flight was only a few hours and we got to the hotel quite safely. The porter at the hotel brought two of my suitcases to the room and lingered at the door for a few seconds. I gave him 2 euros as a token of gratitude, and he left with a smile. I already knew that in Switzerland tips are not accepted and are the norm only inexpensive restaurants, where they are almost always included in the bill.

Since I didn’t have time for excursions, I asked the administrator to explain what I could see in this city. The sweet girl patiently told me for almost half an hour about the cultural monuments of Geneva, where they are located, and where it is better to go in the first place. To thank the girl in some way, I gave her a big box of candy. The administrator was satisfied. Previously, I was informed that leaving the remuneration in cash is not accepted here, as everything is included in the total account.

The beauties of Geneva

St. Peter’s Cathedral captivated me with its majesty and courage. This grand building is one of the most important temples of Protestant times. I saw the famous “chair of Calvin”, learned in detail about the history of Calvinism, about how the Geneva Bible was prepared, about all sorts of prohibitions of the Catholic Church.

Then I went to the famous bridge of Mont Blanc. Standing on the bridge you can admire the beautiful Geneva fountain. The water flow in it reaches almost 140 meters and can be seen from many parts of the city. The fountain is directly from the river Rhone. Its water is clear and in good weather looks like thousands of pearls shimmering in the sun.

I had dinner at a restaurant. The famous Swiss sausages with cheese and potatoes in a uniform made a good impression on me. But for food for the little daughter had to seek help from a waiter. She liked the vegetable puree with tender Swiss cheese. Dinner at the restaurant was about 70 euros, and tips were already included (this was written in the last step of the menu). But to thank the waiter for his personal service, I left him another 5 euros.

Switzerland is a rich country. But, even having dinner with a large company with a total bill of 300-400 euros, tips are usually no more than 15-20 euros. It is necessary to remember that the reward is given only to the waiter. Never leave it for a restaurant owner and chef. This can offend them. Although they say that all tips are still collected in the total amount and then divided among all employees. So thank you to everyone who served you.