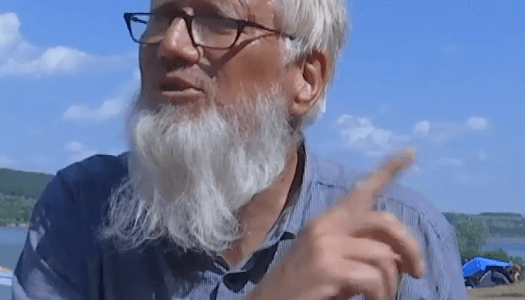 Now the German has arrived in Bukovina and could not look calmly at the littered bank of the Dniester.

Instead of rest – garbage collection. This decision was made by a tourist from Germany, Wilm Müller, when he arrived in Bukovina and could not look calmly at the littered banks of the Dniester. And while cleaning up there, he managed to become a star of social networks in Ukraine.

The beach on one of the largest rivers in Ukraine is crowded with vacationers. But just as garbage after them. Plastic bottles, glass, cigarette butts, and food waste. At least a few meters – a garbage can.

An amazed and 65-year-old tourist from Germany – Wilm. A retired man decided to travel. He was driving to Moldova, but saw the Dniester in Bukovina and could not move on. He pitched a tent because he says that nature is incredible here.

Everywhere he starts the morning with cleaning. Yes, he says, he not only thanks nature for his vacation. But he also hopes for a reaction from the locals.

In Ukraine, the man has already become a star of social networks. Someone accidentally took a picture of him. The photo is distributed and actively commented on. However, few want to join Mr. Wilm.