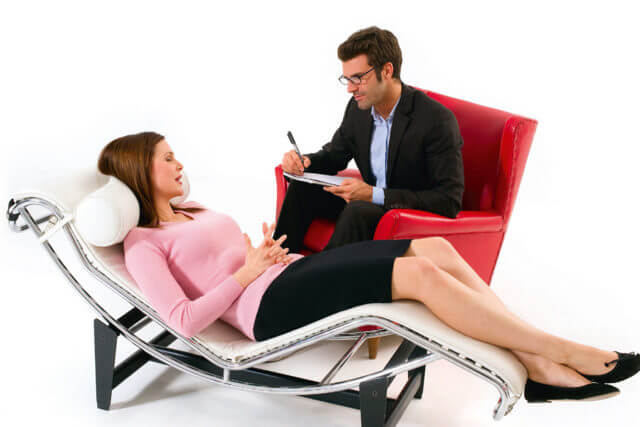 Problems of mental and physical health, adaptation to the needs of different people and groups, training and recruitment …

There are many areas in which we need a specialist who takes into account the various processes that make us human and they shape our way of life, thinking, feelings, actions, and relationships.

This professional can be found in the figure of a psychologist, and today these psychologists are increasingly needed because of the various problems of our society. As a professional activity, ie the services of psychologists involve regulated and paid activities. How much does a psychologist cost? Let’s look at the average salary that these professionals pay in seven different countries and territories around the world. This may interest you: “20 best masters of psychology”

What does it mean to be a psychologist?

Psychologists are professionals who are engaged in psychology, and science, dedicated to the study of the mind and the various processes that are part of it or in which it participates. The psychologist works to study and intervene at different levels and in different areas of specialization, both clinical and social, social, business or school, among others.

To become a professional in this sector will require great dedication, as well as great training and preparation that will allow us to be effective and guarantee the best quality of service, regardless of our scope of action. It is necessary, as in many other professions, to be aware of new developments in order to optimize the improvement of clients and patients. Those who study psychology are in close contact with the thoughts, emotions, and behavior of those who have decided to trust him as a professional. As a psychologist, you need a high level of vocation, which requires a deep interest in people and the well-being of clients above any other remark.

The special remuneration received by the psychology profession can vary greatly, as the final salary will depend on the field of psychology to which the specialist is assigned, the type of services and treatment offered, and the degree of the prestige of the professional. For example, someone who has just finished a race will not be charged in the same way as someone with many years of experience.

There will also be differences depending on whether they are dedicated to the clinic and healthcare, education, or business. There will also be variations, depending on whether the psychologist is private or public. It should also be borne in mind that if you are dealing with a self-employed professional, which is very often the case, you will have to face numerous costs to maintain appropriate advice.

Similarly, the Deontology Code allows that the salary that each professional receives for their work may vary greatly depending on the criteria of each professional, as long as it does not reduce or reduce the profession and does not involve unfair competition with other professionals. A professional may even decide to offer a free consultation or therapy if the person requesting it is in dire need and cannot afford to pay the established fees.

Therefore, the figures below are indicative only and may vary widely depending on the case. In addition, we must also keep in mind that the lifestyle and purchasing power of different countries are very different, as well as the socio-cultural assessment that a psychologist has as a professional.

Psychologists in Spain can have very different salaries. As a rule, the average salary ranges from 1,000 to 1,500 euros per month, in some cases can reach 3,000 euros. Then the year usually ranges from € 18,000 to € 21,000 gross. If we focus on the private clinic sector, in the field of health care, the salary per session of a clinical psychologist can range from 40 to 120 euros, which is similar to the amount received by school psychologists outside the center.

Professional practice in psychology in the territories of the United Kingdom is paid an average of 30,000 to 48,000 pounds per year. In the case of higher costs, such as selection managers in hospitals, this figure can reach 80,000 pounds. , in Britain, a psychologist charges £ 38 an hour.

The average salary of a psychologist in Australia is about 85,000 US dollars a year, but it should also be noted that the standard of living in this place is much more expensive than in other countries.

Argentina is one of the countries where the profession of psychologist has expanded more, especially in terms of psychodynamics. In this country, a private consultation called chai costs from $ 207 to $ 600 per session. The average salary of a professional licensed in psychology can range from 202,695 to 261,000 US dollars per year.

The average annual salary of a psychologist is located in Canada about $ 71,450 Canadian, Approximately $ 37.12 is charged per session. The USA.

The average salary for psychology professionals in the United States per year is $ 51,000. Although this may seem like a high amount (about $ 4,500 per month), keep in mind that the average salary in North America also tends to be higher. By sector, we see that the clinical sector receives an average of $ 60,000, while educational psychologists can reach $ 54,000. However, private consultations usually have a much lower fee of about $ 37,000.

The work of invasion

We must keep in mind that the money introduced by psychologists, in turn, depends on many other factors that have nothing to do with the level of education and experience, or with the efforts that have been made to pursue a professional career. In particular, to date, interference in work is one of the factors that are most detrimental to job prospects and professional development. This is something that is part of the problems of the labor market and its regulation in most countries with a large number of psychologists.

Thus, the presence of people who present themselves as psychotherapists from psychological aspects, having made courses for several months or weeks related to training not only takes away the work of many true psychologists, is forcing them to adhere to many other responsibilities, and also makes salaries who have a job below, due to unfair competition. Addressing this type of regulatory problem is very important for psychologists to have access to a salary that corresponds to a profession that is available after more than 5 years of training and preparation.