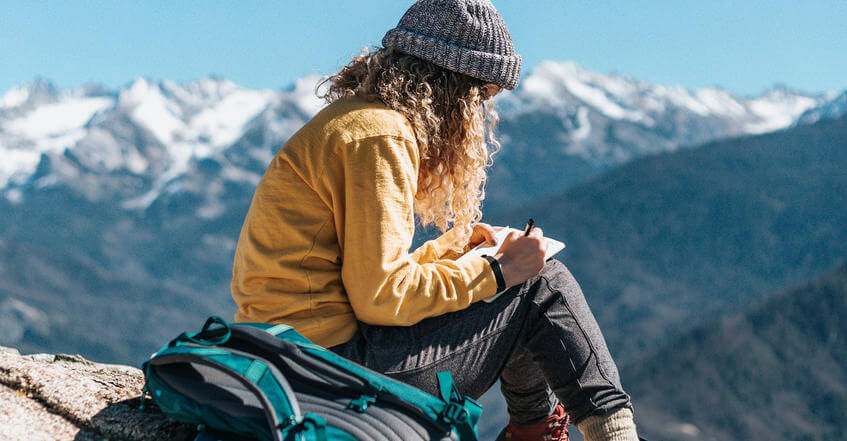 Scientists believe that by recording your experiences, you free your brain – and less nervous.

Evolutionary psychologists like to say that a tribe that does not take care to harvest enough fish for the winter will not be able to overwinter. But anxiety can spiral out of control, as in the case of anxiety disorders, which have affected 18% of Americans and 7% of people worldwide. They cause such a great concern for life that they simply interfere with life.

Neuroscience is beginning to understand why the brain, which is prone to anxiety, behaves differently than the brain is not prone to such clinical manifestations. One of the main characteristics is an unreasonably strong “error-related negativity” (ERN). This brain impulse, according to Hans Schroeder, Ph.D. in clinical psychology at Michigan State University, is “a signal in the spirit of ‘oh my God!’ That comes as soon as we make a mistake.” But there is also encouraging news for those who are too worried – the amount of problematic self-control can be reduced. According to Schroeder and his colleagues in a new article in Psychophysiology, all it takes is a few minutes of writing to help the restless brain think less about mistakes.

The study was conducted as follows: scientists gathered in the laboratory 40 students with high levels of anxiety. They divided them into two groups: one group engaged in expressive writing, which expressed their deepest feelings about personal experience, and the other – wrote a work on an abstract topic. After eight minutes of the experiment, participants played a quick response game, which researchers typically use to measure how people deal with mistakes. The first group, which poured their souls on paper, did show a much lower ERN than those who simply wrote an essay on an abstract topic.

“We say it ‘frees the brain,’ that is, it eliminates the anxiety that reduces productivity,” Schroeder explains. – Anxiety devours cognitive resources if you do not cope with it. When we record it, it takes up less space in the brain.

It is not yet clear why expressive writing helps free the brain from chronic experiences. Anxious people tend to be hypersensitive to all sorts of threats, and there is reason to believe that expressive writing helps reduce sensitivity to those threats that are created by your own mistakes in the past. Or perhaps it simply reduces the amount of effort to constantly monitor and reflect on these errors.

This study gives a new perspective on the power of expressive writing. Socio-psychological research on this topic also shows a positive effect: improving liver function, reducing the number of visits to the doctor, reducing post-traumatic symptoms of stress, and ending with higher grades in students and faster employment after losing a job. One of the main explanations for why expressive writing is so useful to some people is that it clears your “working memory” or everything that is stored in your mind at a particular time.

University of Texas psychologist James Pennebaker, who was a pioneer in the field, explained to Thrive Global how the effect of writing manifests itself in your head. “If I’m obsessed with something, I can’t pay attention to other information about my decision,” he said. “If you can reduce the amount of time you spend on unanswered questions, then you can think more clearly and make better decisions.” The inspiration for this study is that expressive writing is the cheapest and most affordable treatment you can get.

If you’re worried about an exam, presentation, or public speaking, take a few minutes to write down your feelings before they begin to manifest – it will help calm your brain.