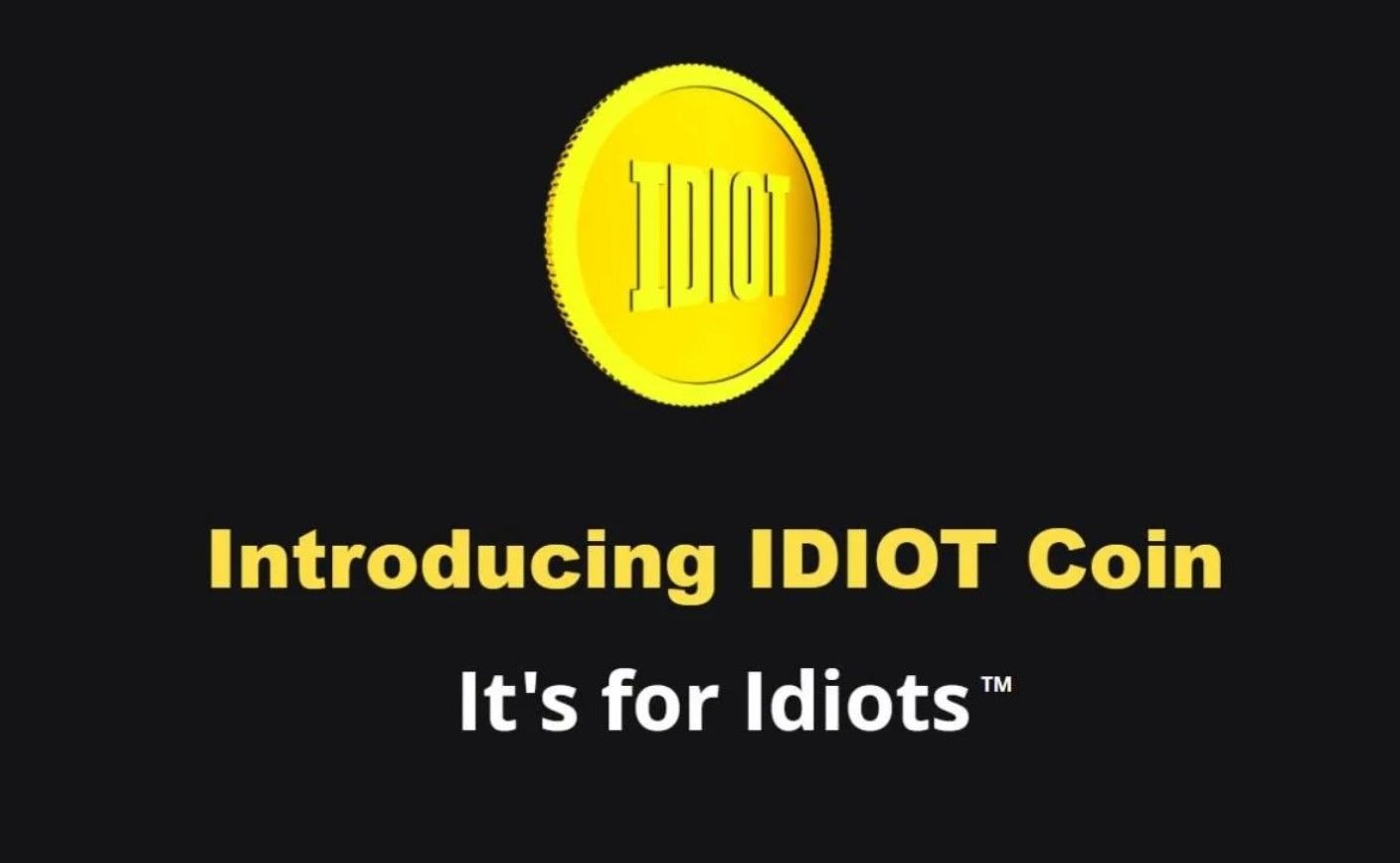 Every day all over the world there are more and more people who are not only interested in cryptocurrencies but also invest big money in them.

To visually show you a part of the cryptocurrency market, you can take DogeCoin as an example. This is a well-known hype cryptocurrency that was launched already in 2013. So, in 2021, its value increased by 4300%, and its capitalization reached $ 27 billion. But not all cryptocurrencies shoot like this. Oftentimes, in the crypto market, you will be disappointed or even worse – cheat. There are enough scammers who sell air.

David Segal, an American journalist from the New York Times, decided to test this theory. He created his own cryptocurrency and named it Idiot Coin. Nice name, isn’t it?). Idiot Coin was created as an experiment. The journalist wanted to check how many people can be interested in the created cryptocurrency and are ready to give their money. He approached the creation thoroughly: he created a website (coinforidiots.com), hired a blogger from TikTok to promote and advertise his crypt, and also posted several comic ads on Reddit. Here are some slogans:

Idiot Coin – will not rise an inch from the ground;

Idiot Coin – not going to the moon.
Naturally, the journalist consulted with lawyers from the United States and Great Britain before creating Idiot Coin. It turned out that regulators can file a lawsuit against the owner of the new token at any time if he is found to be fraudulent or in other illegal matters.

And so, Idiot Coin was launched. The result was quite surprising. Advertising paid off, and about 300 people became interested in the token itself in the first few days. At the same time, the journalist spent about $ 400 for the entire launch of the token, along with advertising. In total, 21 million tokens were issued. According to experts, many users were confused by the ambiguous advertising slogans, which sparked interest in the cryptocurrency itself.

The journalist achieved his goal by clearly showing the community how easy it is to deceive people by creating a cryptocurrency. In 2021, there was a real boom in the cryptocurrency market. Now the rough estimate of the market has reached the $ 2 trillion mark.