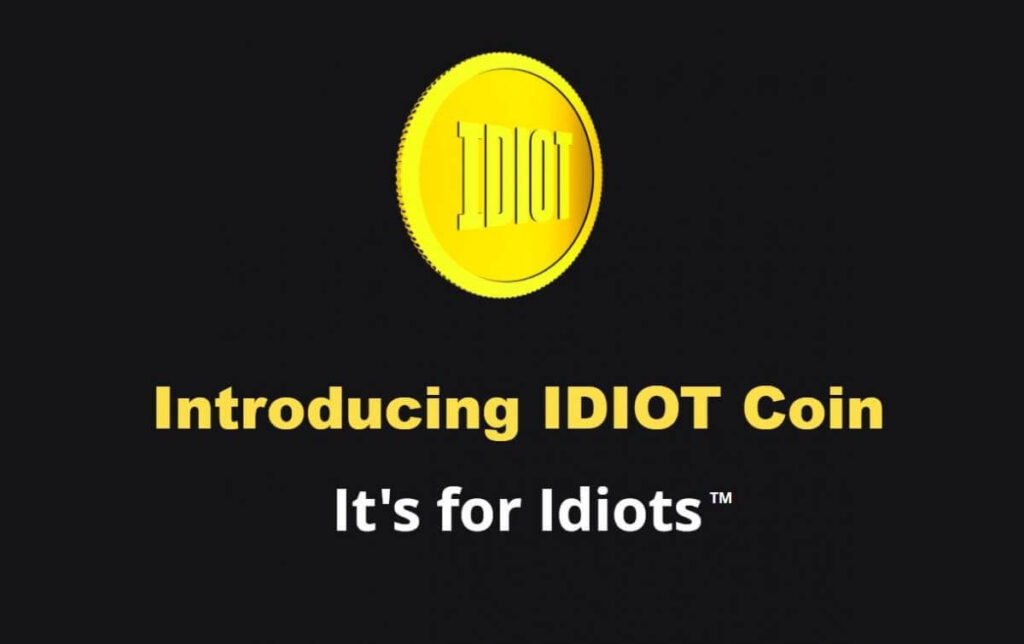 Millions of people invest in “junk” cryptocurrencies in the pursuit of easy money.

New York Times reporter David Seagal, without any experience in blockchain, created his own “hype” cryptocurrency Idiot Coin, spending minimal money on it. His goal was to show the unreliability of such investments.

According to Business Insider, Seagal’s great material was published under the title “Going for Broke in Crypto land”. The journalist planned to complete the experiment so that no one would suffer. However, according to him, the losses from investing in “hype coins” are likely to be estimated at hundreds of millions of dollars a year. Dozens of such coins are created every day, almost without supervision. Millions of people invest in them, wanting to get rich.

Most often, such coins lose all their value in a couple of weeks, and their developers thus earn tens of thousands of dollars, and even more.

To create his Idiot Coin coin, the journalist consulted with lawyers in London and the United States about the legality of such activities. As it turned out, in any country, regulators can sue coin developers.

In the end, the developer paid $ 300 for the publication of 21 million of his coins. His partner Dan Arreola, meanwhile, warned potential investors about the risks by releasing a “guide” on YouTube to create and promote fraudulent coins.

In addition, the journalist launched the site Coinforidiots.com and paid the blogger for the promotion to TikTok. The promotion was also carried out on Reddit and Telegram. The Idiot Coin ad is blatantly mocking – the developer has assured that “it will definitely not fly to the moon” and strongly recommends not to buy it. However, more than 300 followers appeared on the Telegram channel. Many were seriously interested in how to buy it, although the administrator of the channel refused followers from such a step.

The most famous “hype” cryptocurrency today is Dogecoin, which was created in 2013 on the basis of Litecoin. Billionaire Elon Musk calls it his favorite cryptocurrency because it has “memes and dogs.”