Skip to content
Home About All In the United States, a fisherman caught a real goldfish 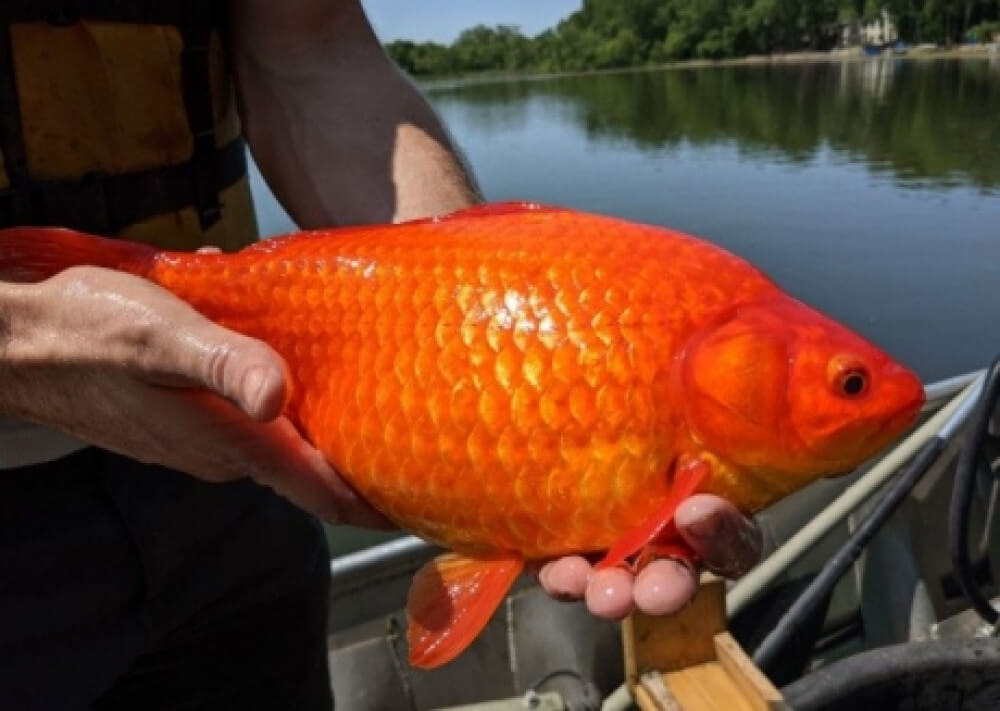 A curious situation occurred recently in the US state of Virginia – a fisherman caught a real goldfish of record size.

In the last month in Lake Keller, Minnesota, a fish protection patrol caught 28 goldfish, which are surprising in size. Former owners get rid of their pets, releasing them into their natural habitat, reports Economic News with reference to the Mirror. Meanwhile, pictures have spread on the Internet in which the bitten fish reach 45 centimeters in length and weigh almost two kilograms. Their size can be compared to a rugby ball.

Recently, a fisherman from the US state of Virginia caught a goldfish of record size. Jeremy Fortner of Chesterfield caught a huge goldfish while fishing in a tributary of the Potomac River. She weighed 1.6 kilograms and was over 40 centimeters long. The state’s Department of Natural Resources has recognized that it is the largest goldfish registered in Virginia. Apparently, in the past, she lived in an aquarium until the owner released her into the pond.

Authorities are urging citizens not to release goldfish into ponds and lakes also because it is illegal. They encourage them to donate to pet stores, acquaintances or charities.