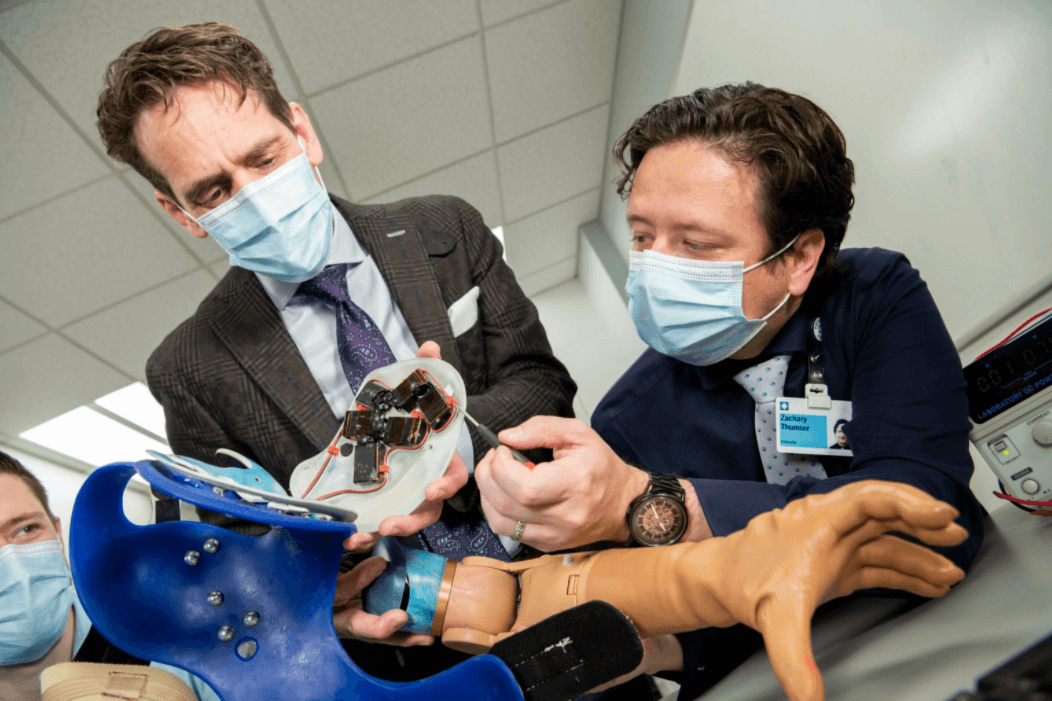 Scientists from Cleveland and an international team of scientists have created a bionic hand prosthesis that feels touched – it can be a full-fledged replacement for a lost limb.

The device consists of five special blocks that are attached to the amputation site. With these blocks, a person can send nerve impulses from his brain to the prosthesis to move his hand. In addition, such a limb can receive physical information from the environment and transmit it to the brain through the nerves. For example, a person will be able to feel if someone has touched a prosthesis or something has touched it. Such a hand can even transmit information from the fingertips.

This is due to a combination of neurocomputer blocks to the skin, which in turn activate sensory receptors that allow patients to feel touch. The prosthesis can be operated as a normal hand – it can even reproduce unconscious reflex movements. There is still no information and plans to release this model – it is still being tested. After the examination, the prosthesis will be improved for life so that it resembles the hand as much as possible, both visually and sensationally.