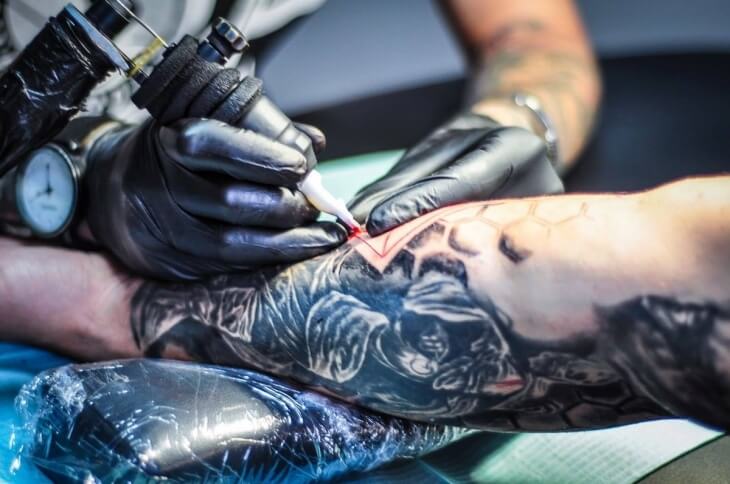 Getting a tattoo is everyone’s business.

However, interesting stories and facts in the field of body art can not only pleasantly surprise you, but also increase your interest and desire to carve something on your skin. The tattoo industry and body art, in general, have a long history of formation and formation. During all this time we have accumulated many interesting cases, facts, and events with which we decide to share:

1. Vegan tattoo parlors. It is well known that vegans are strong opponents of anything or food of animal origin. But in the composition of inks tattoos often use charcoal from animal bones. But if such inks can be replaced, ointments and soaps for cleaning and caring for tattoos are likely to contain particles of animal origin.

2. Lip tattoos in ancient cultures. Today, women all over the world practice lip tattoos to give a clearer and more voluminous shape. This procedure is a tribute to fashion and an effect that gives a woman confidence. However, in the ancient culture of Japan, it was traditional for Ainu women to make tattoos on their lips of giant size. It symbolized a woman’s maturity, as well as a magical sign that drives away evil spirits.

3. Tattoo as a sign of salvation. Stanislava Zambrzyska, who worked as a midwife in Auschwitz and was responsible for delivering more than 3,000 babies, organized a method of marking children with tattoos, which was not taken into account by SS guards. The purpose of such a heroic act was to give hope to mothers in the future to find their children.

4. Tattoo with the inscription “Do not resuscitate”. An interesting case occurred in the United States, where a 70-year-old resident was hospitalized in Miami. The man came out of the nursing home where he lived, and took a good drink of alcohol, which led to an extremely serious condition. A tattoo with the text “do not resuscitate” was found on the patient’s chest, with a personal signature. This message was a clear sign of the patient’s desire. However, doctors still went against the will of the man, trying to save his life. However, the next morning the man died.