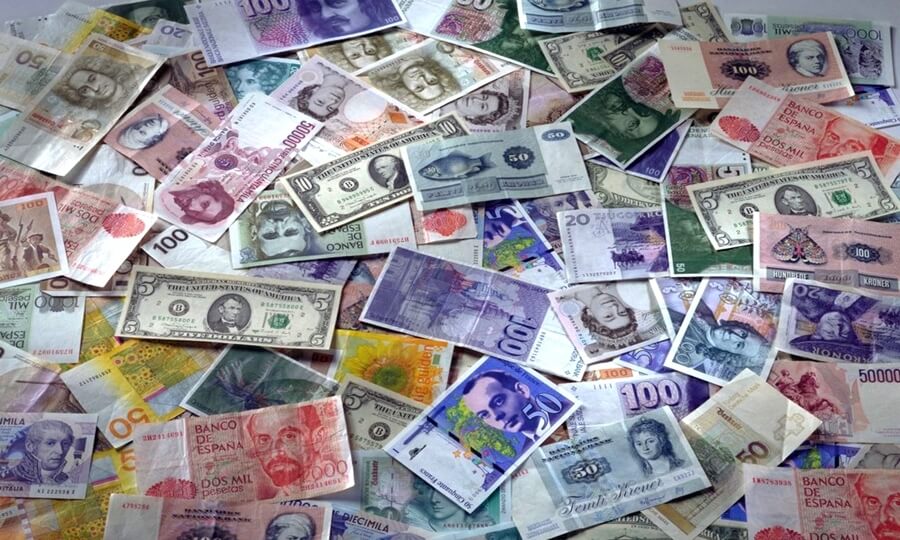 Money is a long-invented universal medium of exchange.

There are different currencies in different countries, but all of them have one thing in common – the purpose of their use.

Interesting facts about the currencies of the world.

-Two-thirds of all US cash is abroad.

-The amount of US foreign debt exceeds the amount of all the world’s cash dollars by about ten times.

-Paper money first appeared in China, around the V or VI century AD.

-In Australia, Thailand, New Zealand, and some other countries, banknotes are made of plastic.

-Most US dollars are counterfeited in North Korea.

-In Zimbabwe, inflation reached a record high at its peak – 321 million percent per year. As a result, the country abandoned its own currency, switching to US dollars.

-In the territory of modern Canada, the first paper banknotes were playing cards.

-The most popular banknote in the world – 500 euros.

-Euro – is the youngest currency in the world.

-The world’s most popular currency name is the franc. However, in different countries it is different, just called the franc.

-US dollars, officially or not, are accepted almost anywhere in the world, in any country.

-In 27 countries, the national currency is called the dollar.

-In the United States, it is forbidden to depict living people on banknotes.

-Currently, there are several hundred virtual currencies in the world.

-The first money found, dating to about VII century BC, had the form of coins. They were found in modern Libya.

-In the 19th century in Alaska, money was made from leather.

-The heaviest coin in the world, weighing 5 kilograms, was created in China.

-In the USSR from the 20s to the 80s of the last century were issued gold coins – gold coins.

-In the production of money paper using linen and cotton raw materials.

-The US dollar sign is older than the US currency. It was first used for the Spanish peso.