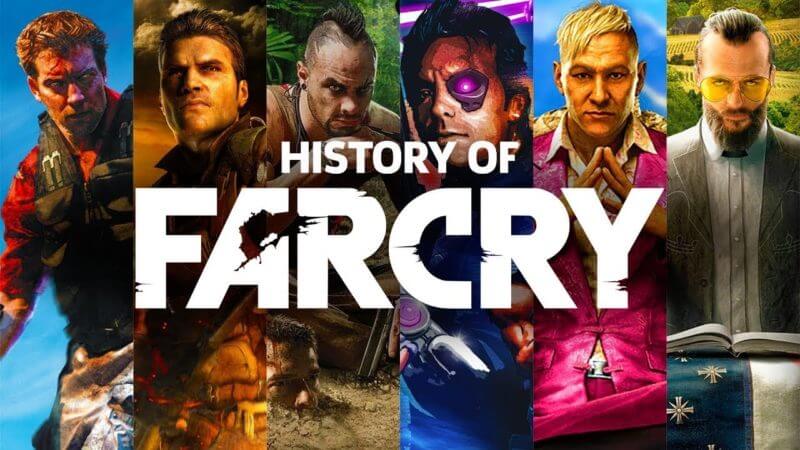 The Far Cry series of games has been forcing millions of gamers to sit in front of a monitor for more than a decade and a half. All the games included in it combine an exciting plot, an open world, and many opportunities for fun. So we can hope that the series will live on without stopping there.

1Based on the first part, a film of the same name was made. But it was directed by Uwe Ball, who is often called “the worst director of today”, and the quality of the film is considered by most viewers as low.

2 Although the role of Jack Carver, the protagonist, there was played by a talented actor Til Schweiger, known, among other things, for the cult film “Reach for the Sky”.

3 In Far Cry 4, the protagonist for the first time has a choice whether to save the life of the main antagonist, Pegan Min, or not.

4 Far Cry 4 and 5 have hidden limbs, to open which you just need to do nothing at some point almost at the beginning of the game – wait for Peygan (FC 4) and do not handcuff Joseph Sid (FC 5).

5 According to polls, Vaas Montenegro is the most colorful and memorable antagonist in the entire series of games Far Cry, although according to the plot of FC 3, he is a minor villain. But everyone still remembered him, not Hoyt.

7 In Sam, a minor character in FC 3, you can see a tattoo in the form of a cross of the Templars. This is a reference to Assasin’s Creed, another Ubisoft series.

8 In Far Cry 5, you can see a figure of Basha Montenegro. It often occurs in cars.

9 Near the Falls End location in FC 5, you can see a sewer tunnel with a red balloon tied to it. This is a reference to the movie “It”.

10 Even in Far Cry 5, there is a Frobisher cave, which has rock paintings left by primitive hunters. This is a hint of Far Cry Primal, which takes place 10,000 years BC (interesting facts about primitive people).

11 The first Far Cry does not mention the name of the main villain, Dr. Krieger, but his name is Lucas Krieger in the film.

12 For the first time, players have the opportunity to choose the appearance of the protagonist in the fifth part of the series.

13 In Far Cry Primal you can find a cave with the skeleton of a bloody dragon from Blood Dragon.
Rex’s glowing eyes, the protagonist of Far Cry: Blood Dragon, are borrowed from Terminator from the film of the same name as Arnold Schwarzenegger.

14 All dialogues in Far Cry Primal were recorded in a partially fictional primitive language. Partly because its creators took as a basis the Proto-Indo-European language, which really existed a millennium ago.

15 In Far Cry 3, Rakyat warriors can’t swim, which is very strange. If a car with them falls into the water, they will inevitably drown.

16 The very word “rakyat” translated from the Bahasa language, which is spoken in Indonesia and Malaysia, translates as “people” or “people” (interesting facts about Indonesia).

18 In FC 4, Herk mentions Jason Brody as his best friend. Willis Huntley mentions him but does not name him.

19 If you find at least six lost letters in Far Cry 3, Jason will receive a Japanese tanto instead of a machete. But when capturing radio towers to knock down the lock, it will still be with a machete.

20 Elon Musk is mentioned in one of the dialogues in the DLC “Prisoner of Mars” to Far Cry 5.

21 In FC 4, Ajay Gale in the Shanat arena is for some reason called a “white” and a “stranger”, although he is a purebred tenant and does not look different from the locals.

22 In Far Cry 3, Dennis calls a tattoo a “tattoo.” This is not a fictional word, it is used to denote tattoos in the Tahitian language. And the culture of tattooing in Tahiti is one of the oldest in the world.

23 Far Cry 4 events take place 2 years after the events of the third party.

25 Far Cry: Paradise Lost, released in 2007, is a game not for PCs or consoles, but for slot machines.