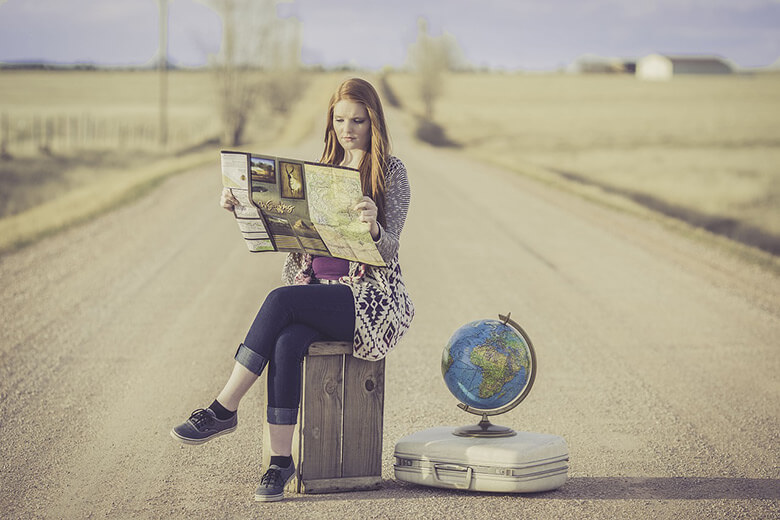 Mankind has not sat still since the great migration of peoples. Some of them became nomadic, others chose a sedentary lifestyle. However, in each country, there were daredevils who wanted to see more.

Tourists are the youngest members of the ancient family of travelers. But in just 180 years of existence, many interesting facts have emerged because of them.

Interesting facts about travel and tourism:

•  The first travel agency in the world appeared in 1841, and the purpose of its activities was … to overcome drunkenness among workers. Entrepreneur Thomas Cook was a Baptist and worried about the bad habits of his employees. He organized a short trip to offer them a new form of leisure.

•  Excursions aroused great admiration and they began to be ordered from all over England. In total, Cook’s father and son turned 3,000,000 of their compatriots into tourists.

•  Mark Twain was one of the first Americans to become a client of Cook’s agency.

•  Most of the tourist community is European, there are twice as many Asians.

•  The Chinese spend the most money on travel.

•  10% of world GDP – that’s how much tourists invest in the world’s economy. Over the last half-century, the share of tourism has only increased – and this is the only case in the world economy.

•  The most expensive tourist trap, or rather flight, cost $ 20 million. They were spent by the American Denis Tito on a trip in a spaceship.

•  Space tourism appeared in 2000, when the first man entered orbit out of curiosity, not for research tasks.

•  The International Space Station is still the only space tourism point that has already been visited by 6 tourists and 1 female tourist.

•  Thailand is the most visited tourist country in the world. The annual record is 35 million guests, recorded here in 2017.

•  Ko Chai is a popular island that was completely closed to tourists 3 years ago. Thai authorities have acknowledged that crowds of guests may soon destroy its unique landscapes.

•  Everest is the highest mountain landfill in the world. Climbers leave there everything that was unnecessary on the way. As a result, the Tibetan authorities obliged tourists to hand over 8 kg of collected garbage after the descent or to pay $ 100 for the lack of each kilogram.

•  The damage from tourism is most evident not in forest litter, but in the destruction of the island ecosystem.

•  Ordinary stones – it is scattered around popular attractions such as the Colosseum, the Parthenon, or the Egyptian pyramids so that tourists can remember the “piece of ruin”.

•  Dwarf-traveler – a form of neighborly humor, which today would be called pranks. About 40 years ago, someone decided to take on a journey of a garden gnome neighbors. The sculpture was not only taken with them but also photographed near all the monuments. It was returned to the owners together with the photo. Since then, the number of people willing to repeat the draw has only increased.

•  The shortest tourist flight takes less than a minute and a half – a flight from the Scottish island of Westray to neighboring Papa Westray.

•  The longest non-stop flight keeps tourists in the sky for more than 17 hours! During this time, the plane covers the distance from New Zealand to Qatar – 14 and a half thousand kilometers.

•  Liechtenstein is a country that tourists are offered to buy in full for $ 80,000. Possession of the keys to Liechtenstein lasts 1 day, during which the palace organizes a banquet in honor of the temporary owner.

•  Bhutan is a kingdom near India where every tourist is a potential destroyer of nature. Therefore, until 1974, they were not allowed here at all, and now are subject to high taxes. You can stay in the “dragon kingdom” for no more than 15 days, buy a ticket – only from 2 airlines, and a ticket – from several special tour operators in the world. A visa to the Kingdom of Bhutan costs $ 200-250 for each day of travel.

•  “Paris Syndrome” – a mental disorder that occurs in tourists disappointed with the trip. It is most often diagnosed in the Japanese, for whom the capital of France turned out to be very different from the expected city of romance. Manifestations of this frustration are even hallucinations.