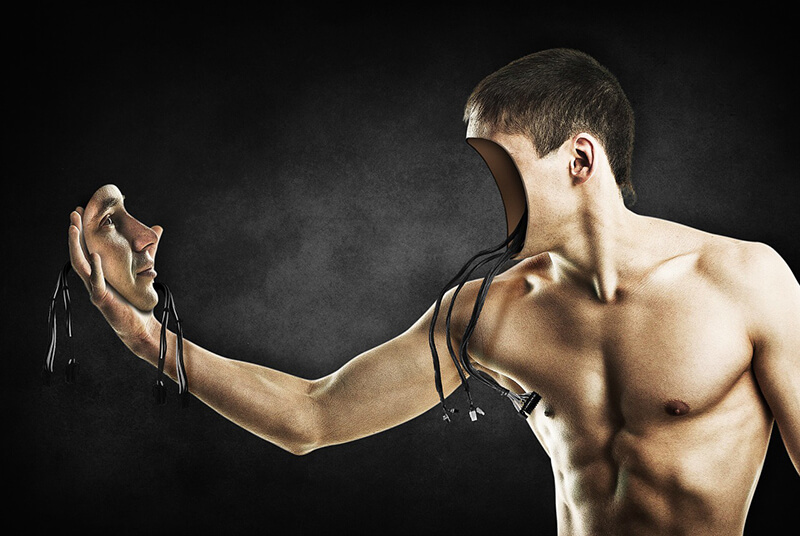 The human body is a continuous mystery and mystery. In this article, you will learn some interesting facts that almost no one thinks about.

1. Do you know that you are partially blind?

The human eye has a small defect that no one pays attention to: it is called a “blind spot.” This feature is endowed with both the left eye and the right. A “blind spot” is a place that is unable to perceive light. This place is quite large and it brings a lot of trouble to people who are deprived of the ability to see with one eye. But if all is well with sight, then such a place as a “blind spot” remains completely unnoticed.

2. Our body is covered with fur as well as the body of a chimpanzee.

No one will think that the human body is covered with hair, the structure of which is no different from the cover of many primates. Our hair differs from primate fur only in length, as well as the thickness of the hair. But their number, as well as location, are no different.

3. The human body is much younger than ourselves.

Man is constantly experiencing processes of change. Think about it: we breathe, we eat, the body is cleansed, we get sick, and so on. The body is not able to repeat itself to the previous state. In the same way, the organism is constantly updated. Throughout our lives, cells die in huge numbers, and new ones appear in their place. The more time has passed since puberty, the fewer cells remain in the body that you had since childhood. Interesting fact: philosophers of all nations have endless discussions on “can a person call himself if the cells that were endowed with the organism at birth, long ago died, and in their place appeared new ones?”

4. The human body has stripes.

Human skin has spots and clear lines that we do not see. This can be compared, for example, with cat hair. Such lines are called Blashko Lines. It is believed that they are formed in connection with the migration of skin cells into the embryo. This can be called a kind of pattern that can be used to understand how a child’s skin has developed. As a rule, these lines cannot coincide with the pattern of both lymphatic and muscular systems. Their shape is genetically determined. Blaschko’s lines can be noticed only if a person has a disease such as herpes, types of nevus, as well as chimerism.

5. The human stomach is much smarter than we think.

It has been proven that there are many more neutrons in the gastrointestinal tract than in the brain of many animals. Since their number is large, and the significance is known to all, it is quite possible to say that there is a second brain in the stomach.

At the time the human genome was discovered, a claim like viruses in DNA came as a huge surprise. It is known that viruses are not able to reproduce on their own. For this reason, many viruses “embed” their own DNA into a host cell in order to be copied. For example, if a virus inserts its DNA into an egg cell, the offspring obtained from that egg can carry the DNA of the virus in each of its eggs. Evolution does not standstill. As a result, at least 9% of our genome are viruses.

7. Man is able to count without counting.

Man is endowed with an intuitive understanding of quantity. This only applies if there are no more than four objects counted. It is not necessary to count in order to understand that in front of you are two or three objects. By the way, the Pirah tribe does not have such a concept as the account of objects. But even they are intuitively able to understand the number.