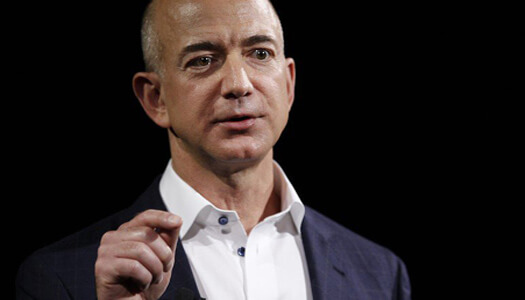 It is noted that for the day the company’s shares rose in price by 20% after reports that the Pentagon has canceled the contract in 2019 with Microsoft to create a cloud storage infrastructure for $ 10 billion. Bezos achieved the termination of this contract through the court. According to him, Microsoft won the tender because former US President Donald Trump felt personal dislike for him.

Currently, the Pentagon is going to sign a new contract not with one but with several suppliers. According to a spokesman for the agency, it can be discussed with Oracle, IBM, and Google. On July 5, Jeff Bezos resigned as CEO of Amazon and was replaced by former Web Services chief Andy Jesse. The billionaire will remain chairman of the company.

As noted by Bezos, he intends to devote more time to his projects Bezos Earth Fund to combat climate change, the space company Blue Origin, as well as the publishing house The Washington Post and Amazon Day 1 Fund. Jeff Bezos founded Amazon in 1994 and turned the site from a bookstore online store into the largest online retailer that supplies goods worldwide. In early 2020, under Bezos, Amazon’s market capitalization exceeded $ 1 trillion.

Bezos topped the list of the richest people in the world according to Bloomberg since 2017, until January 7 this year, he passed Tesla CEO and founder of SpaceX Elon Musk for $ 1.5 billion. In February, the founder of Amazon regained first place in the ranking of the richest people in the world, as the fortune of Mask fell by $ 4.58 billion and was estimated at $ 190 billion, while Bezos – $ 191 billion.