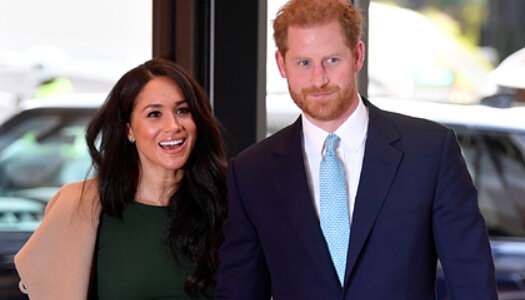 A little over a year ago, the dukes resigned as members of the royal family. Megan Markle and Prince Harry wanted freedom, confidentiality, and independence in financial matters.

There were rumors that Queen Elizabeth II before the couple moved to the United States completely controlled the couple’s life and expenses, including.

Harry and Megan had the capital to start a new life – quite small by the standards of monarchs. Markle had about five million dollars in her account, which she earned while starring in “Force Majeure.” Harry kept $ 40 million in the bank, which he inherited after the death of his mother, Princess Diana.

Experts estimate that the family of the queen’s grandson spent $ 19 million in a year of independent living. Where this money went is still unclear. It is reported that Megan and Harry spend a lot on security. The couple paid a little more than four million for protection. Meanwhile, it is rumored that the Queen still actually pays for the couple’s security services.

The money for luxury housing in the United States, the Duke of Sussex took in a bank. The former actress and prince have mortgaged $ 9.5 million. Now 475 thousand dollars are written off from the family’s accounts annually. The celebrities spent $ 300,000 on servants and maintaining order on the territory of their estate.

In addition, Megan Markle and Prince Harry are in debt for the renovation of the cottage “Frogmore”, located on the Queen’s Windsor estate. The couple received this house after the wedding and vacated it after moving to the United States. The British treasury spent two million dollars on the restoration of this mansion. Having resigned, Harry decided to return the money for repairs to the state.

Interestingly, until recently, the dukes received help from Prince Charles. Prince Harry’s father is rumored to have sent the family out of his pocket $ 3.15 million a year. Now, these subsidies have stopped.

According to rumors of security payments and gossip about Prince Charles’ help, the couple spent just over $ 5 million on housekeeping, mortgage payments, security, and cleaning. “What did the colossal sum of 19 million dollars go for?” – fans of the couple are interested, trying to reduce debt and credit. Fans suspect that they escaped from the tutelage of Queen Megan Markle and Prince Harry simply spent money on something unclear.