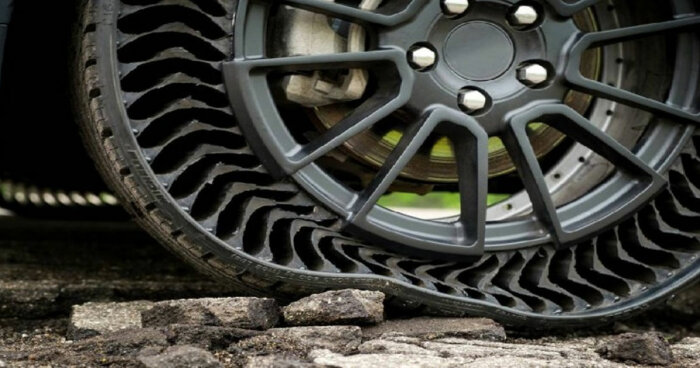 The idea of ​​creating such wheels appeared a long time ago, but this time, everything can really work out.

The American company General Motors and the French company Michelin are ready to take a big step forward in the manufacture of automobile tires. The innovation should appear as early as 2024. It is called “Unique Puncture-proof Tire System” or simply Uptis Prototype.

The main feature of the novelty is that the tire is airless. The mass production (and application) of Uptis should begin in just five years. It is worth noting that the idea of ​​creating such wheels appeared a long time ago, moreover, there are several prototypes in the world. However, this time, everything can really work out.

What is the novelty? The wheel is made of polymer fiberglass and composite rubber. This combination of materials allows the wheel to be used at normal highway speeds. This is its main difference from the rest of the available prototypes of airless wheels. On this, however, the dignity of the wheels does not end there.

Representatives of General Motors and Michelin told a lot more interesting things during their communication with media representatives. For example, engineers claim that the new generation wheels cannot be punctured in principle. This means that in the near future the need to carry a “spare” in the car may completely disappear. 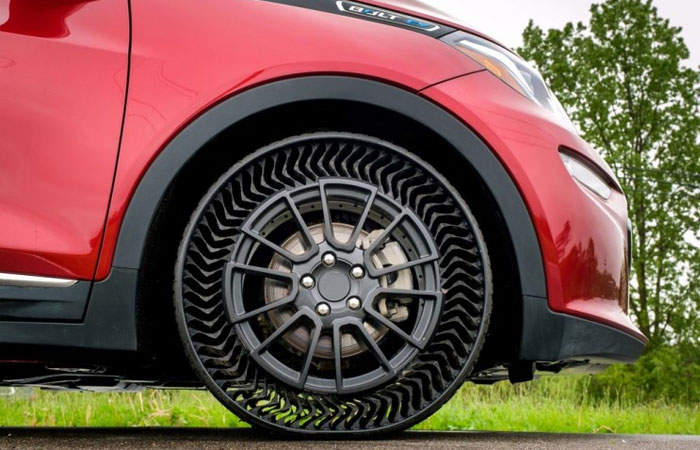 In addition, airless wheels in the current iteration (according to the test results) should last one and a half, or even two times longer than traditional ones. Finally, it is also important that the production of such wheels is easier and faster, although it does not seem so. The latter, in turn, will affect the cost of wheels and the environmental friendliness of production.

Separately, it should be noted that the production of Uptis tires requires fewer materials than the production of tires that are used today. In the USA alone, more than 200 million used tires are written off every year. Disposal of such an amount of garbage has long become a serious problem and a real challenge for the economy. This is another reason why the Uptis project is now so important.