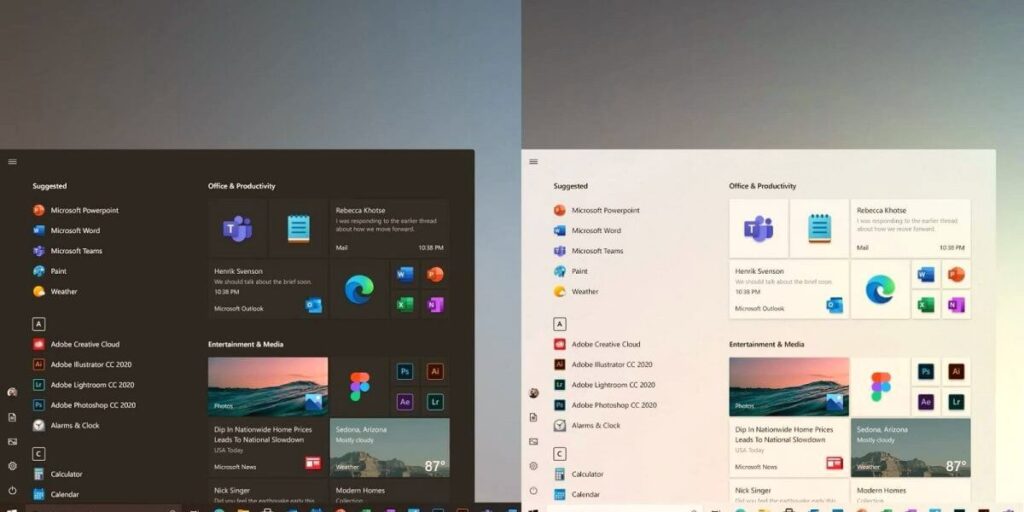 In the new version of the operating system from Microsoft found “floating windows”. This was reported by Windows Latest.

Journalists studied the beta version of Windows 10 merged into the network, in which they discovered another design innovation. As it turned out, in a future version of the OS, the Start menu will be at some distance from the taskbar. Thus, the menu will “float” over other elements of the graphical interface. In current Windows assemblies, the menu and message bar form a single entity.

A similar design will be used in other elements of the OS. For example, in the Action Center, the Clock menu and the Wi-Fi settings section. At this time, the option that activates the “floating design” is hidden and cannot be configured. Also, experts have not found in the settings parameters that would disable the updated menu. As a result, journalists believe that the new design will be forcibly deployed to all users.

According to the authors, a similar design solution was noticed in Windows 10X – a special version of the OS for low-performance PCs and dual-screen computers. Also, some similarity of “floating” elements is found in the macOS operating system from Apple.

Most likely, the new menu will be part of a global update of Windows 10 codenamed Sun Valley (“Sun Valley”). The public version of the operating system is expected to be released in October or November.