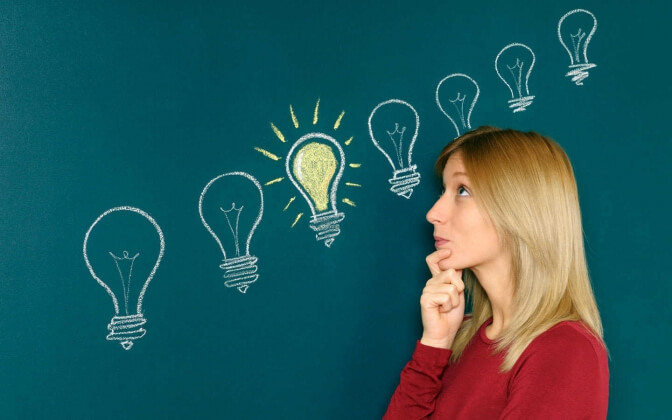 There was no universal way to get rich, there is not and is unlikely to appear. As practice shows, even the most idiotic ideas can “shoot”, while geniuses will not bring money to the creators.

1. Joy Mangano. The mechanism for a mop.

Joy Mangano has created a unique mechanism for squeezing a mop without touching Miracle Mop. The woman sold her invention through a TV shop and in 1995 received her first million. Since then, Joy has invented and patented more than a hundred different utilities, including hangers with non-slip shoulders, fragrances, a bag organizer, and others. And in 2015, a whole film about this woman was made with Jennifer Lawrence in the lead role.

Guy Laliberte was a street artist. One day he came up with the idea to organize his own circus, and so in 1984, the famous Cirque du Soleil appeared, famous for its original productions with extremely complex numbers. This idea brought its creator several billion dollars and allowed Guy to become one of the space tourists.

It is impossible to imagine our nostalgic 90’s without a rainbow spring “saliva”! It was invented by Richard James in 1943. He worked as a naval engineer and designed a device to measure the power of ships. Accidentally fell and “stepping” on the ground spring started a big and successful business. Initially, the spring was made of ferrous metal, and then found color and even a variety of shapes.

The success of Pet Rock marked the beginning of a joke. The future founder of the company decided that it would be interesting to have ordinary stones as pets! The idea fired in 1975 and brought Gary a million dollars. The stones were sold in cardboard boxes with holes and lay in a straw nest. The guide included with the kit explained how to care for a pet, walk it and what to do if he falls ill or dies … Since 2012, Pet Rock is gaining popularity again.

Byron organized SantaMail in 2001. He found an address at the North Pole (a city in Alaska) and sent letters from Santa Claus to children at the request of parents. The stamp on the letter and the stamp will convince even the most skeptical that the message was indeed sent by Santa himself. The cost of the service is about $ 10.

The idea to create Doggles came to Ronnie in 1997, after he noticed that in the bright sun, his dog is very frowning. Tests have been carried out and a perfect anatomical design has been developed that corresponds to the shape of the dog’s head, does not interfere with it, and perfectly protects the eyes. Ronnie now not only earns millions but also continues to create useful things for pets.

7. Ken Aroni. The bones of desire.

On Thanksgiving, there is a tradition of breaking the forks of a turkey. Who will have most of it in their hands, that wish will come true. Ken Aroni thought that everyone should have the opportunity to make a wish for the holiday, and in 1999 organized the production and sale of “bones” for $ 3 apiece. Already in 2006, Aroni became a millionaire.

In 1993, John White came up with the idea of ​​creating false teeth that could turn anyone into a Seljuk. This funny idea has turned into a large company that has already sold more than 20 million copies of Billy Bob’s teeth in various designs and other pieces. By the way, the popular “toothy” suckers for babies also belong to this company.

The funny Big Mouth Billy Bass perch, which is hung on the wall as an ornament, was invented by Joe Pelletier in 1998. The fish is attached to the board, and when turned on, wags its tail and sings songs, opening its mouth. Billy has several compositions in his repertoire, and he has become a kind of element of mass culture – he can be seen in various films.

Gary once solved the problems of anyone who did not want to get his hands out from under the blankets and made a blanket with sleeves. So in 2005 the company Slanket appeared. During its operation, the company has sold millions of fleece blankets “slate”, which cost about $ 35 apiece. On the official website, you can choose the right color for the blanket.