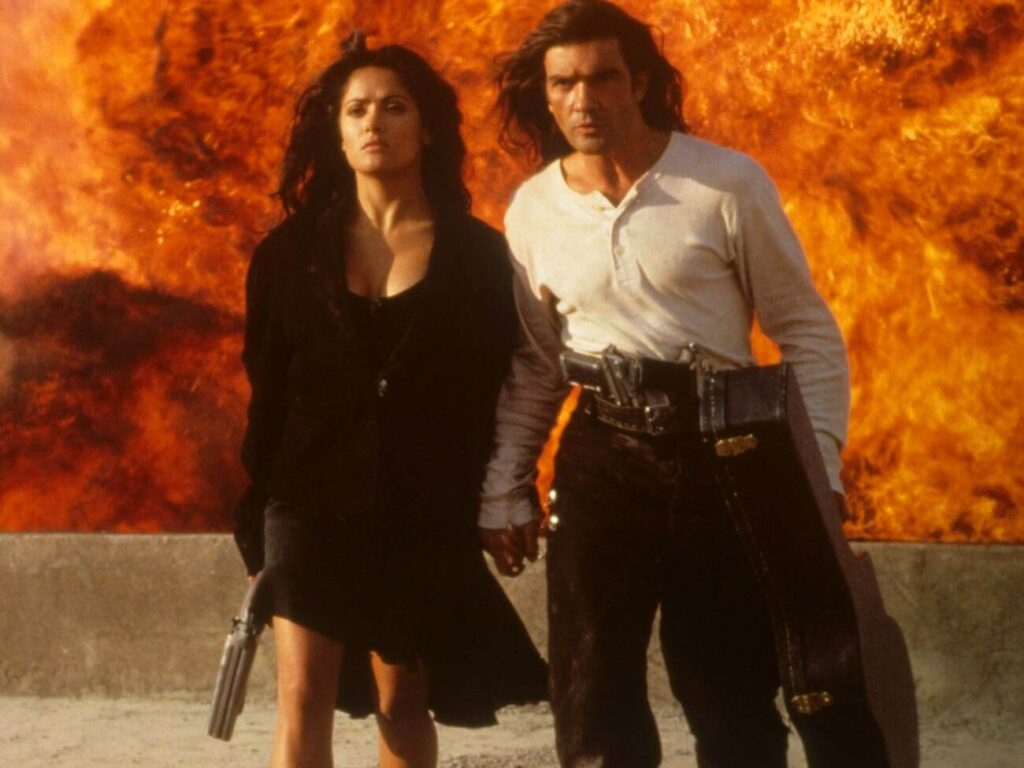 According to the star, at first, no one warned her that she would have to take part in spicy scenes. So emotionally Nut was unprepared for them.

Now the 54-year-old actress remembers it with humor, but then it was a truly traumatic experience.

“When we were about to start, I just started crying… I thought I couldn’t do it!” – mentioned the celebrity.

According to the actress, despite her timidity, Antonio was polite and encouraged her in every way.

The star also admitted that she was very worried about the reaction of relatives.

“I was thinking about my brother and father. Will they see it? Will they tease? It’s easier for the boys, they don’t have that, “Salma said.

Note that the film Desperate was shot in 1994. Salmi Hayek was 28 at the time.