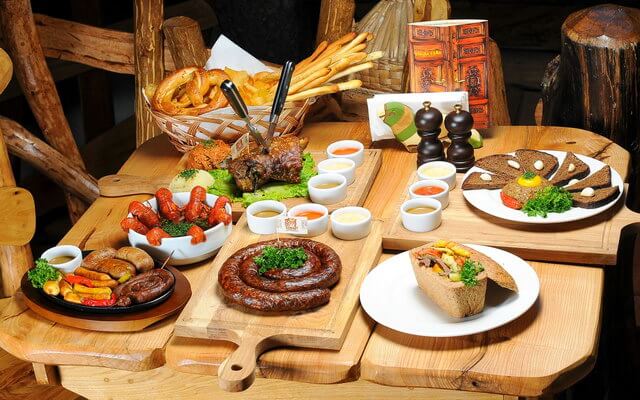 This new destination has become especially popular among vacationers who go on a trip, not for a beach holiday or shopping, but to get acquainted with the culinary traditions of different countries.

The program of such a tour includes a tasting of traditional dishes with unique taste qualities inherent in a country. Among such tours, there are rural and urban tours. Rural tours include, for example, acquaintance with organic products or picking vegetables and fruits, visiting vineyards, the second, aimed at visiting factories or factories for the production of food, with the possibility of tasting the goods.

Picturesque Tuscany (Italy) – one of the paradise places in the world for true gourmets and lovers of delicious food. Tuscan cuisine is based on ancient culinary traditions. Simple and healthy fish dishes, sausages, pastries, and vegetable products are especially appreciated. According to the recipes of Tuscan ancestors, various dishes are prepared from the meat of young bulls, which is seasoned with fragrant olive oil. It is the main ingredient of all Tuscan dishes. The golden hue and unique smell give the dish a pleasant taste. True connoisseurs of culinary art can not imagine a meal without a glass of Tuscan wine, which is popular due to the world’s most advanced winemaking technologies.

The cuisine of Provence (France), is filled with aromas of summer, south, and spices. It contains fish, vegetables, fruits, and olives. Relatively simple and homely, so it is characterized by the French and tourists. A large number of stewed, baked, and fresh vegetables are an integral part of French cuisine. The most popular dish in Provence is the vegetable dish ratatouille. And without the products of winemaking to imagine Provence is almost impossible. The unsurpassed taste of the dishes is given by olives and olive oil, which are widely used in the preparation of many dishes. Despite the fact that the French are skeptical about meat dishes, in the diet, they occasionally include dietary meat of rabbit, lamb, or chicken, seasoned with a bouquet of spices that give them a unique taste.

Another mysterious region of Italy, Piedmont, has become popular thanks to culinary delights. True connoisseurs of cooking often mention the dishes made from the most unusual mushrooms in the world – truffles. The method of cooking black and white truffles is different. Black truffle is suitable for heating and frying, and white truffle is eaten raw because its taste and aroma will be lost when using heat treatment. The region is famous for making cheese. Cheeses are served for dessert in combination with strong red wine or as a snack and are also used as an additive in various sauces and fillings. Piedmont cuisine is impossible to imagine without a large number of snacks, such as salted anchovies, potato dumplings, fondue, and pickled peppers. Not to mention the wines of this region, especially the velvety aftertaste of red wine or the spicy taste of vermouth. Most Piedmontese wines have the status of ancient, as wine production in this region has a medieval history. And its taste is intended for those who appreciate true “ideals”.

The mountains and sea air of majestic Catalonia inspired the masters of culinary arts to prepare the most exquisite dishes and made Catalan cuisine a monument of Spain. It is quite diverse and refined. Plenty of meat dishes: meatballs, sausage, rabbit with snails, turkey. There are many examples. As Catalonia is famous for the production of fine wines, seafood, meat, and vegetable snacks are especially popular. Lots of spicy sauces, pasta, and, of course, traditional masterpieces of fish dishes: tuna, sea bass, cod. Sweet cheeses, and donuts – this is a non-exhaustive list of desserts that are worth a try when traveling in Catalonia.

The country of bicycles and windmills, the Netherlands, and its capital Amsterdam is ready to offer tourists many different beers. Only a true gourmet can appreciate the aroma of a frothy drink. Therefore, tourists who come to Amsterdam, be sure to visit the local breweries. The wine, which is also worth a try, is not inferior in quality to Italian and French wines. And the restaurants of Amsterdam are ready to offer vacationers a cheese plate that includes from 3 to 5 varieties of cheese.

We can talk endlessly about the hospitality of Tbilisi (Georgia). Georgian cuisine has absorbed the best traditions of the people of the Caucasus. The variety of meat dishes and sauces used in their preparation give Georgian cuisine originality. Only fresh products, aromatic spices, and herbs are used for their preparation. The most famous dishes: are barbecue, chakhokhbili, tobacco chicken, lobio. A large number of cheeses is another gastronomic passion of this nation. Each area boasts its own original recipe I have this product. And of course, winemaking remains traditional in Georgia. A rich variety of dry and semi-sweet wines is combined with rich Georgian cuisine. No feast is complete without a glass of real Georgian wine.

The national cuisine of Morocco is one of the most unique. It combines Arabic and Middle Eastern cuisine. The most famous dishes that every tourist should try while in Marrakech are tajine and couscous. Tajine is prepared on the basis of meat or fish with vegetables, nuts, and spices, in earthenware, in honor of which this dish is named. Couscous – steamed cereal seasoned with spices has a unique taste and aroma. A fragrant tea will complement the meal. Tea ceremonies are one of the oldest Moroccan family traditions. It is not customary to give up a cup of tea in Morocco, as it is considered the basis of hospitality.

In conclusion, it should be emphasized that the tour is a new taste sensation that you will not get at home, new acquaintances and a lot of impressions in a short time. Travel with “taste” and explore the world through the prism of national cuisine!