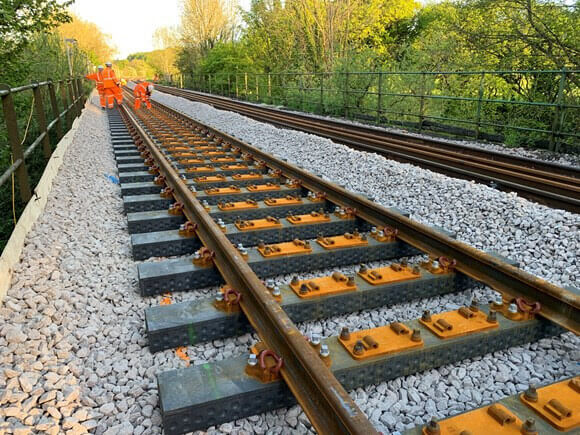 Thus, Network Rail is going to achieve carbon neutrality by 2050.

Sleepers from waste are not inferior to the usual – wooden or concrete. Given the strength of plastic, it should last much longer than traditional materials. Wood has a tendency to rot, and concrete under the influence of the sun quickly collapses and becomes unusable.

Network Rail stated that plastic sleepers can withstand about 50 years of operation, they are not afraid of microorganisms or lubricants and acids. Only those types of plastic that are difficult or impossible to recycle were used to create sleepers. This reduces the level of plastic pollution and the cost of the railway.

Such sleepers have already appeared on the British railways – between Salisbury and Warminster. Now the material is being tested, its strength is being monitored. In the future, the company plans to use plastic sleepers along the entire length of the railway network.