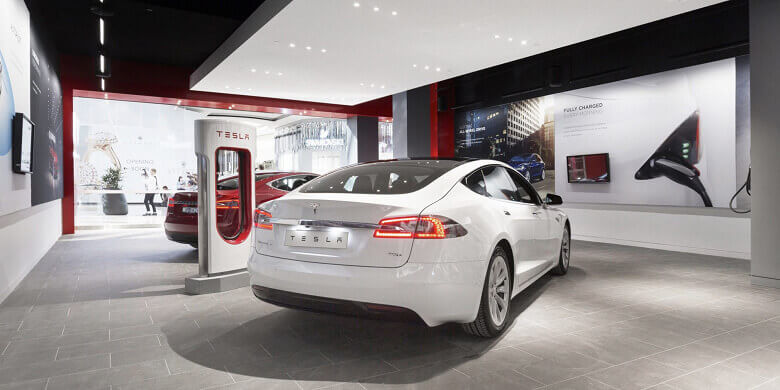 Tesla, which just announced a net profit of more than $1 billion, has chosen to restructure its retail approach.

The business plans to move away from showrooms in trendy shopping malls and concentrate on more accessible locations, as well as remote fleet management for test drives and delivery hubs. Keep in mind that Tesla owns all of its stores, giving it managerial flexibility that conventional automakers don’t have. Tesla, on the other hand, is a new firm that is still experimenting. The firm even declared the closure of virtually all physical locations at one point but later reversed its decision.

This time, the modifications are targeted at lowering the expenses of showrooms. Some sites may close, although Tesla claims that this will not result in job losses. In general, the firm is continuing to shift toward online sales, with many Tesla customers placing new car purchases through this channel.

Simultaneously, a portion of the company’s workers will begin working remotely, assisting clients with orders and providing advice on a variety of topics. Tesla plans to invest the money saved in new delivery hubs.