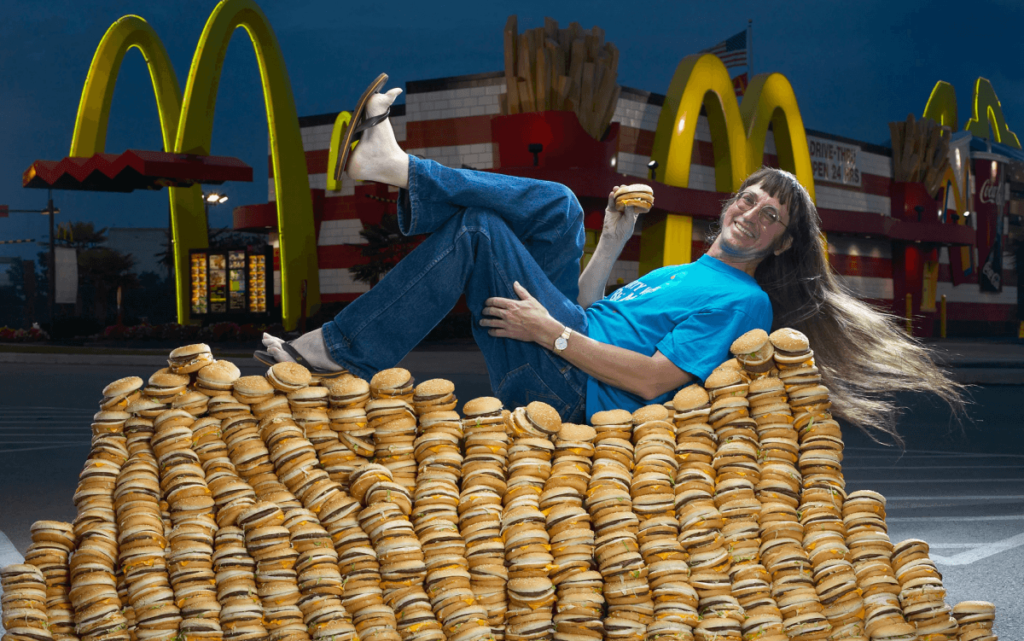 For some time, according to her husband, he ate nine such burgers a day.

American Donald Gorske set a world record for the number of Big Macs eaten in his lifetime: since 1972, he has eaten more than 32,000 of these burgers.

According to Business Insider, it all started on May 17, 1972, when Donald Gorske received his first car.

“I went to McDonald’s, ordered my first three Big Macs, went to the car, and ate them. I immediately said that I would probably eat them for the rest of my life,” said the record holder.

For some time, according to her husband, he ate nine such burgers a day. Almost 50 years later, Gorske is the undisputed record holder in the number of Big Poppies eaten – more than 32,340 pieces.
He saves each check and even keeps a calendar. Today, the man claims to eat an average of two Big Poppies a day. He goes to replenish his supplies twice a week, every Monday and every Thursday, buying six or eight burgers at once.

“I’m not one to try something new. When I like something, I stick to it all the time,” says the man.

Each Big Mac contains 540 calories, and McDonald’s claims to sell more than a billion of these burgers worldwide each year. The record holder explains his good physical shape by giving up french fries and regularly taking almost 10-kilometer walks in his area.