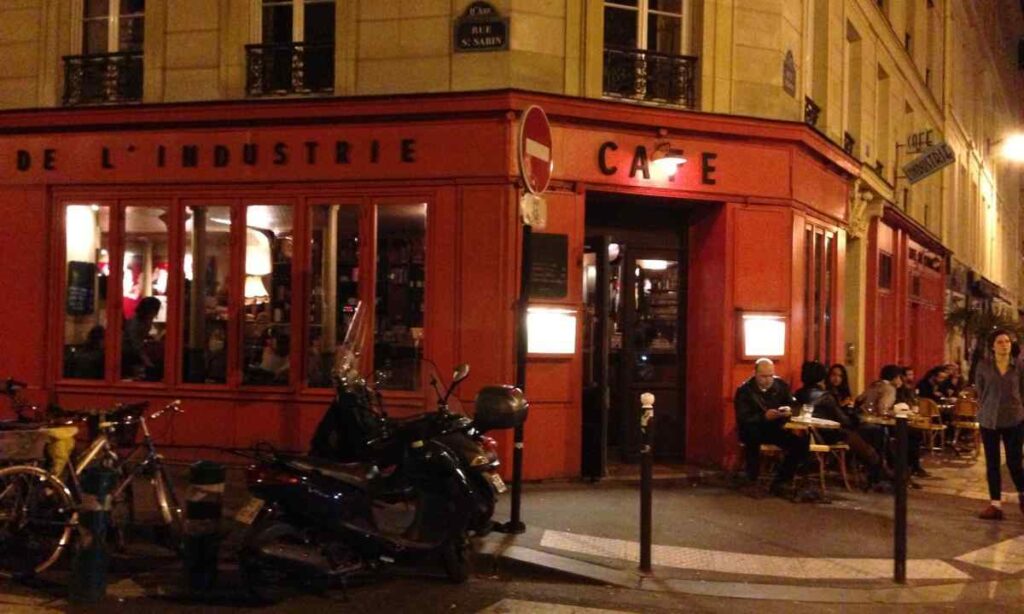 During our travels, cafes become the best illustration of city life for us. Sitting at a table with a cup of coffee, you can listen to local gossip, spy on urban novels and tragedies …

We present to readers a selection of unique European cafes that have witnessed human destinies for centuries.

Caff ^ Della Pace is one of the most atmospheric establishments in Rome. Founded in 1891, it embodies the very idea of ​​an Italian cafe: small tables set in the fresh air, captivated by ivy walls. This cafe has become a real star on the screens, as it has repeatedly filmed various commercials and episodes of movies (such as “Roman Adventures” by Woody Allen). Caff ^ Della Pace was also loved by celebrities. Among his guests were Robert de Niro, Madonna, Sophie Lauren, Monica Bellucci, and Rupert Everett.

Since its opening in 1760. in the cafe, Caffe Greco sat the great characters of the time: John Keats, Johann Wolfgang Goethe, George Byron, and Giacomo Casanova. Caffe Greco – one of the favorite cafes of the Romans, because there are not many tourists and despite the proximity to one of the main attractions of the city – the Spanish Steps. Locals love to come here not only to drink a cup of coffee but also to look at art exhibitions and music evenings, which are held here regularly.

The famous cafe Les Deux Magots with a strange terrace and views of Place Saint-Germain since 1885. is located in the building of the publishing house of the Parisian magazine “Mago” “, which in French means” grotesque figurine, freak, image “. The strange name was taken by accident – the room is adorned with two large statues of elderly Chinese merchants.

“Two Magicians” played a significant role in the cultural life of Paris. In 1933 was founded literary “Prize “Two Magi “, which is still awarded here.

The original Parisian cafe Le Procope was founded in 1686. as an alternative to countless cheap metropolitan taverns – crystal chandeliers and mirrors sparkled here, and the walls were decorated with works by artists, so the local beau monde rushed to the new-fangled institution. The restaurant is considered the oldest in Paris. This place once became a discussion center for writers and philosophers in the Enlightenment and became the first literary cafe. Today, Le Procope has partially become a museum. Here you can see Voltaire’s table, Chopin’s notes, and Napoleon’s triangle, which an unknown soldier tried to pay for his dinner.

The classic Café Da Florian in St. Mark’s Square was opened in the XVIII century, today is considered the oldest in Italy and is one of the symbols of Venice. Literally, all the celebrities who have visited Venice since 1720 have visited here: Goethe, Byron, Casanova, Rousseau, Dickens, Proust, Modigliani, Hemingway, Stravinsky, Brodsky, and others.

Cafe Da Florian is known for its high prices. In addition to the markup for popularity, a fee is charged for the maintenance of street tables – will have to fork out another 6 euros per person, if the square will play a live orchestra.

To try on the lifestyle of festive bohemia, we recommend coming here to drink coffee before 11:00 or enjoy the Venetian Bellini after 23:00.

Cafe Tomaselli was opened in Salzburg in 1705. This was the first city cafe, which, incidentally, was once patronized by Mozart himself. Tomaselli still serves visitors: it is located in the Old Market, just a few steps from Salzburg Cathedral, next to the famous tourist street Getreidegasse. Being in Salzburg and not visiting Cafe Tomaselli is simply unforgivable. Definitely need to go at least for a cup of coffee. It is always crowded, but there are almost always vacancies. If you choose a table on the outdoor veranda, you can enjoy a beautiful view of the Old Town during lunch.

Central is the most famous café in Vienna. It was loved by Trotsky, Freud, Lenin, and Hitler. Locals stopped going to Central, but it’s not the reputation of historical figures who used to love it, but the large number of tourists who want to touch the history. It is rumored that those who want to drink a cup of coffee sometimes form a queue, which, incidentally, can be bypassed by offering the waiter a tip.

Cafe Commercial was opened in the Spanish capital in 1887, and since then this establishment has invariably attracted the young intelligentsia of the city. The front door will take you to a huge hall with high ceilings, where quarrelsome offices are bustling

anti in white jackets, spread on trays of coffee with milk and various tortillas, ordered by employees of nearby offices, tourists, writers, and unemployed actors.