Skip to content
Home Travel The canteen in Pompeii, which has been hidden in the ashes for more than 2,000 years, has resumed operations 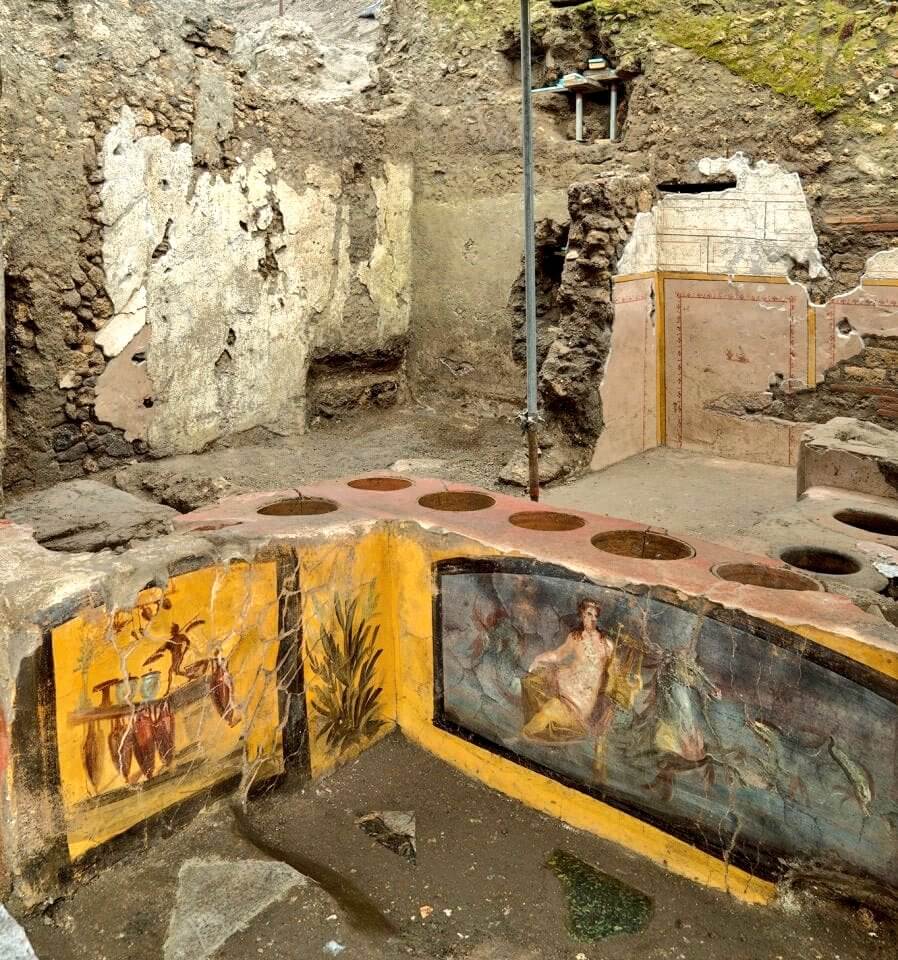 A year ago, an ancient Thermopolis was found in Pompeii, then a fast food restaurant that had been covered in ash and pumice for almost two thousand years due to the eruption of Mount Vesuvius.

The dining room is well preserved and you can even see paintings and frescoes on the walls. In addition, the marble floor and clay pots with leftover food – bones of fish, ducks, snails, and other animals – remained completely intact. The researchers then discovered that they could cook a variation of paella in this place – rice with seafood or rabbit meat.

The restaurant is planned to reopen for visitors, but this time there will be no cooking. Thermopolis will be opened purely as a historical place and you will be able to see with your own eyes the life of people from ancient times.

It is believed that such canteens were very popular and a large number of people constantly gathered there because only very wealthy people could afford a kitchen for cooking at that time.

You can see exactly what such a thermal field looks like in this video reconstruction: