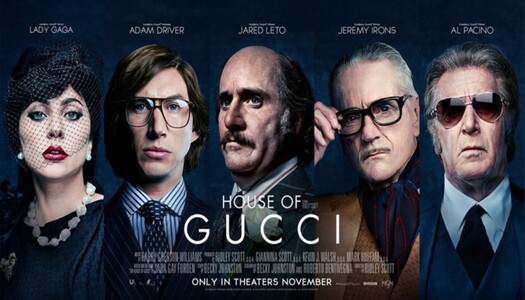 What Lady Gaga, Jared Leto, and Adam Driver look like in the movie.

The world premiere of the film about love, hate, and greed is scheduled for November 24. The official trailer of the crime drama “Gucci House”, in which Patricia Reggiani was played by Lady Gaga, has been released on Twitter by United Artists Releasing. The video appeared on the night of July 30, shortly after the posters with the drama’s characters were published.

The film tells the story of the murder of the grandson of the founder of the Gucci fashion house Maurizio Gucci (played by Adam Driver), which shook the whole world. According to the plot, the heroine Lady Gaga hired a killer to kill her husband Maurizio. Reggiani spent 16 years in prison for contract murder. In March, Regina, 72, told Agenzia Nazionale Stampa Associate that she would like to see another actress in Gaga’s place.

Vocalist of the alternative rock band Thirty Seconds to Mars and no less famous actor Jared Leto starred in Paolo Gucci, vice president and CEO of Gucci Shops Inc, and Gucci Parfums of America, who was at the center of the famous family’s constant struggle for power over their fashion empire and conflicted with Maurizio.

Jeremy Irons was played by Rodolfo Gucci, the protagonist’s father, and Al Pacino got the role of Aldo Gucci, Maurizio’s uncle, and brother Rodolfo. They also starred Jack Houston, Camilla Cottin, Reve Carney as Tom Ford, and Madeline Diana Genea as Sophie Lauren, Salma Hayek as the medium magician Giuseppina Auriemma and others. The film is based on Sarah Gay Forden’s 2001 book The House of Gucci: A Sensational Story of Murder, Madness, Glamor, and Greed.