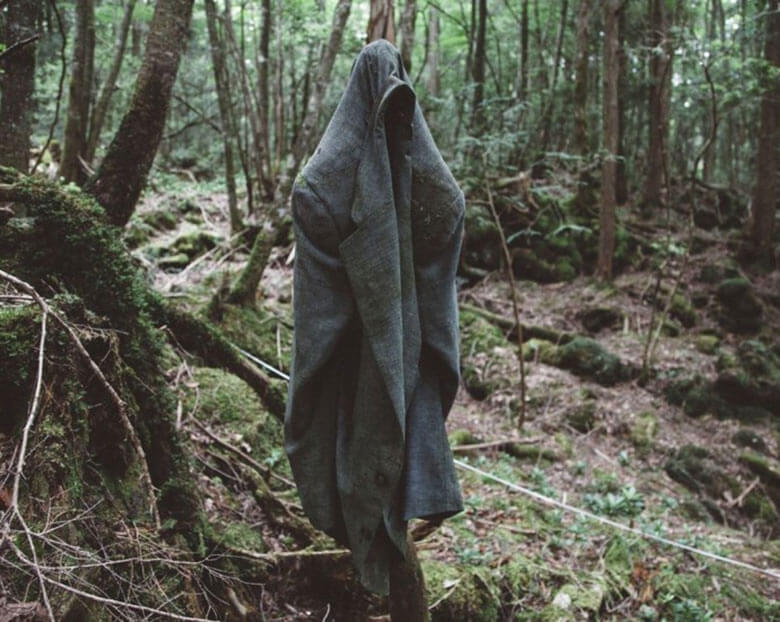 On the Japanese island of Honshu, at the foot of Mount Fuji, there is a so-called suicide forest called Aokigahara (literally “Plain of Green Trees”).

This mysterious place has long had a sinister reputation and is still considered one of the scariest places on earth. It is also called Dzukai – a sea of ​​trees. Strange and frightening as it may sound, suicide bombers of all stripes come here to commit suicide. In 1707, the eruption of the volcano miraculously did not affect this area, as if afraid of the thickets of Aokigahara. The area of ​​the anomalous forest is 35 square kilometers.

From a scientific point of view, it is difficult to explain why it is here that draws those who have decided to settle accounts with life. Perhaps scientists have yet to unravel this mystery. So far, only the fact that a compass does not work at the foot of Mount Fuji, in the forest of suicides, is reliably known. There is the strongest magnetic anomaly, which obviously has a huge impact on humans. Ropes, prickly and cutting things, as well as dangerous medicines, are not sold in the vicinity of the forest, in shops and pharmacies. The sinister glory of the forest thickets is known far beyond Japan. For this reason, tourists undergo special training before getting there. All wide trails are equipped with cameras that track potential suicide bombers.

Many trees, in the forest of suicides, have hotlines for those who have not been able to solve their life problems. One of the locals should notice a suspicious person and immediately call the police in order to warn the police about the preparation of an attempt on his own life. By the way, until the early 19th century in Aokigahara, poor Japanese took their children or the elderly, whom they could not feed. The forest of suicides consumed them like a predator-prey.

The plain of green trees has such lowlands that absolutely absorb sound. The gloomy silence and humid air of Aokigahara negatively affect the human psyche, depressing it. Travelers who have visited there describe the forest thicket as something extremely gloomy and majestic at the same time. Deep, grave silence around and the absence of the smallest animals (animals do not live here), cause feelings of incomprehensible fear. Stones and caves can be seen everywhere, and trees grow only along the curve: it is absolutely impossible to find a flat trunk!

Just before entering the territory of Aokigahara, hangs a sign with the following content: “Your life is a priceless gift that you have received from your parents. Think about your family. Do not suffer alone, call us at 22-0110 » Surprisingly, tourist routes to the Fuji volcano pass through a forest of suicides. Tourists who had heard nothing about the ominous glory of Aokigahara walked through it without fear, however, later said that they felt unpleasant feelings as if someone was watching them. And tourists who know about the destructiveness of these places, go to the forest of Aokigahara to feel the rush of adrenaline.

Tourists are asked not to wander through the woods, because it is very easy to get lost here, and the findings that can be encountered are unlikely to be pleasant. And it is really not uncommon for tourists to come across human skulls, bones, and belongings of the dead. Given that a huge number of people have committed suicide here over the centuries, it is not surprising that energy is negative here (to put it mildly). In the second half of the last century alone, the remains of 500 people were found in the forest!

Local authorities specifically budget the amount needed to maintain a group that “cleans” the forest of corpses. This group includes both police and local volunteers. They periodically comb the forest, collect the dead and store them in specially built buildings near the forest for unidentified bodies. An interesting fact is that the suicide forest is considered the second most deadly, second only to the “Golden Gate” in California. About a hundred deaths are registered here every year.

From Tokyo and many other cities, the inhabitants of the Land of the Rising Sun come to this forest to shorten their lives.