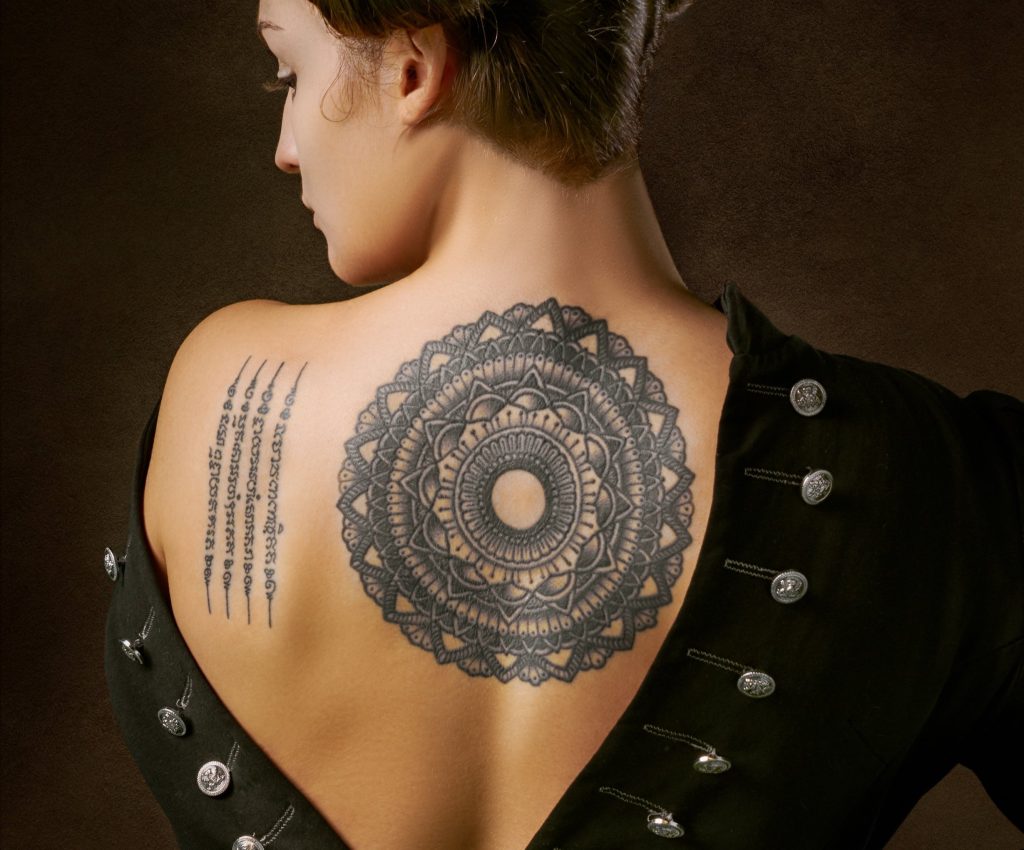 What are the best trendy female tattoos this year? We are sure that many, many girls and women are looking for the perfect subject for their first or nth tattoo and that is why we want to give all of the ideas.

If we talk about female tattoos, after all, a world can be opened. We could, therefore, talk indefinitely even if, it should be remembered, the perfect choice is always the one that reflects your tastes and needs. Our advice? Listen to your instincts first, and then go and choose which tattoo to do also based on the 2021 trends.

So let’s see which women’s tattoos to choose. Before listing a number of ideas, it can be helpful to understand what women usually look for when getting a tattoo. Until a few decades ago, having a tattoo on your skin was mostly a male prerogative. In recent years, however, the situation has reversed and today it is much more often women who go to the tattoo artist for a new design.

At this point, however, it must be said that not all are the same and have the same ideas and the same needs. There are those who love small and elegant tattoos and those, on the other hand, who adore larger and more obvious subjects. This is true both when it comes to women and when it comes to male tattoos. The subjects to be suggested, therefore, may vary according to personal taste. If you want to keep up with the trends, even in terms of tattoos, here are the best ideas to choose from.

Female tattoos: a current but very ancient form of art

Nowadays it is thought that tattoos, especially among women, represent a recent phenomenon. In reality, it is a very ancient form of art, which has played different roles over the centuries. Considered in the past a tool of rebellion and subversion, they have become a real trend for the decoration of the female body.

An unusual case of female tattoo dates back to 1858. Olive Oatman, a 13-year-old girl from Illinois, was kidnapped by Yavapais Indians along with her sister during a trip with her family. Their family members were killed, while the two girls were taken prisoner and treated as slaves for years.

Their fortunes improved when a group of Mohave Indians traded them for some horses and welcomed them into their own tribe. It was they who tattooed them on their chins to ensure their life after death. Olive’s sister died shortly after during a period of famine that hit the country, while Olive was photographed. It is precisely this photograph that, reaching the present day, represents one of the first testimonies of female tattoo.

The culture of female tattoo

Of course, Olive wasn’t the first tattooed woman in history. In Polynesian culture, in fact, women were tattooed exactly like men, since the tattoo on the face represented a tool to tell one’s story. In ancient Egypt, priests and priestesses got tattooed to show their belonging to the highest class of society. In the East, it was believed that the tattoo had magical powers, and was worn by both men and women.

In the nineteenth century, European explorers returned to their homeland telling of magnificent tattooed women they met in the exotic countries they had visited. Tattoos thus began to spread among women of the wealthier classes. It is thought that during the Victorian period, tattoos were so successful that even Queen Victoria decided to tattoo a fight scene between a Bengal tiger and a python on her body.

Tattoos as a symbol of feminism

Tattoos became a symbol of the feminist movement. Women gained control of their bodies because they still had little voice in many other areas. Churchill’s wife, Jennie, had a snake-shaped tattoo that, against the custom of the time, was well displayed on her wrist.

The popularity of tattoos, especially among women, experienced a period of decline during the Great Depression and World War II. Starting in the 1970s, with the heated debates on the issue of abortion and contraception, the tattoo regained its function as an instrument of rebellion, demonstrating that women had the right to decide what to do with their bodies.

Since then, more and more women have chosen to get tattooed out of rebellion or to beautify their bodies, and this form of art still lives in constant diffusion. In some cases, even among celebrities, tattoos are chosen to cover scars resulting from mastectomy for breast cancer. The psychological dimension of the treatment is relevant in this case.

Here are some 2021 tattoo ideas

If a tattoo, in most cases, goes to symbolize something, one of the subjects to be preferred even in this 2021 is the inscription. Whether it is long, short, in Italian or another language, it does not matter, because what matters is the symbolic value of the same. There are so many ideas from this point of view.

There are those who get tattoos with motivational writings, those who decide to opt for a piece of a favorite song or poem, those for a dialogue in a film, and so on. It is an idea that never goes out of style and that is always in trend. Depending on the phrase chosen, it can be a romantic, rock, witty tattoo, and so on.

Another idea to consider is that of mini tattoos that go a lot especially among the VIPs who show off by the dozen. Small hearts, flowers, crosses, or other symbols: what matters is that they are small in size and always in step with the trends of the moment. Also in this case it will be sufficient to browse one of the many galleries on social networks to find a winning idea and to your taste.

For the woman who, on the other hand, loves to dare, a large, eye-catching, articulated tattoo is recommended. Very good are those in Japanese style, which incorporate symbols and objects of this tradition, but also complex designs made with trendy techniques such as, for example, the watercolor technique that makes the tattoo look like drawn with watercolors. 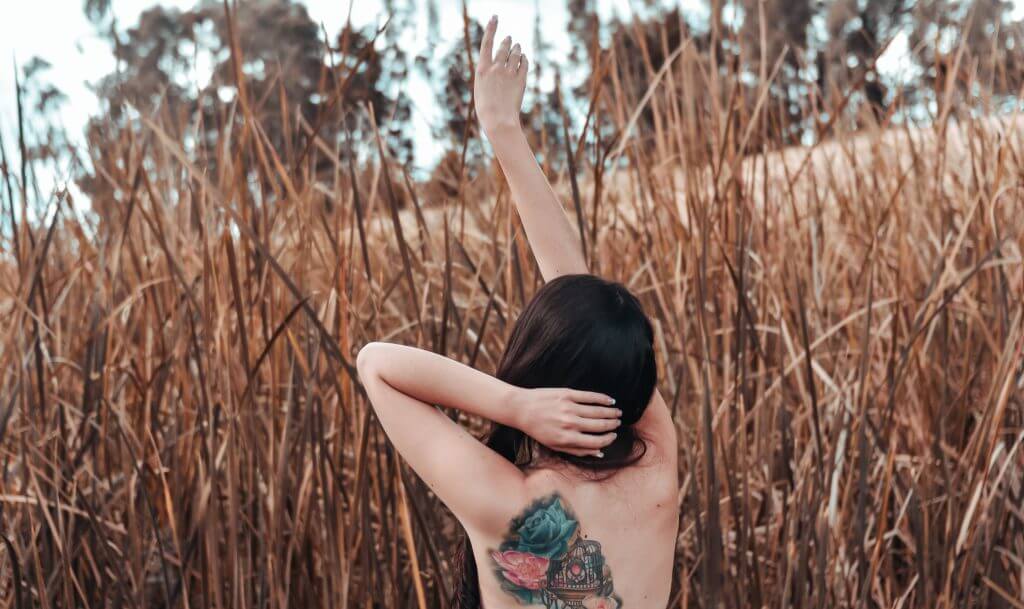 If you love colors, you can indulge yourself with the subjects. Old school style tattoos are another option to consider: lots of pin-ups, men dressed as sailors and, again, boats, anchors, and much more. These are subjects that never go out of fashion.

Probably the most common subject, butterflies represent elegance, freedom, and delicacy. It is a subject chosen by women of all ages.

The typically female subject is represented with various shapes and colors. The most chosen types of flowers are the rose, the lotus flower, the lily, the cherry blossom, and the violet. They indicate beauty, naturalness, and elegance. Each flower also has a particular meaning that makes it unique.

The heart shape is among the most popular in the world. Ideal even for the most slender girls, it does not weigh down their figure and can be made on any part of the body.

A similar argument can also be made for star-shaped tattoos, popular since the past and never out of fashion.

For lovers of astrology, a good option is represented by the zodiac signs. The artist will be able to customize your tattoo and make it unique.

Widespread especially in recent years, the mathematical symbol of infinity has a meaning that adapts to the experiences and history of each person.

Which parts of the body do you prefer?

One of the parts of the body most chosen by women for a tattoo is the ankle. The lower back is also a much-loved area as it is considered to be extremely feminine, attractive, and is generally little on display. The wrist and back of the neck are ideal for small and fine tattoos. The shoulders and hips are ideal for larger tattoos, whether it’s a sentence or a colorful subject.

Always tattoo yourself with your head

As you can see, there are so many ideas and one is more interesting than the other. It must always be remembered, however, that it will always be necessary to consider what your personal tastes are, without letting yourself be too bewitched by the fashions of the moment. A tattoo is an intimate thing and, above all, it is forever (unless you want to resort to laser removal of a tattoo). For this reason, the choice must always be carefully considered.