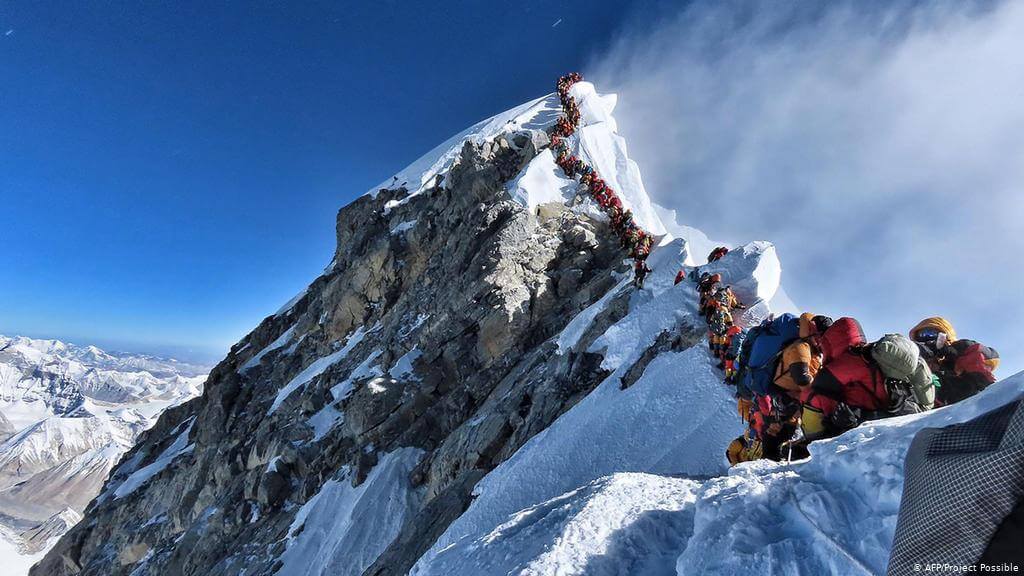 The Chinese Zhang Hong became the third in the world and the first blind climber in Asia who managed to climb the highest mountain. The climb took place on May 24, accompanied by three mountain instructors.

The Chinese Zhang Hong is the first blind man in Asia to climb Everest.

Chinese resident Zhang Hong, now 46, set a personal best by climbing 8,849 meters. The ascent was complicated by the fact that Zhang was blind. According to Meta.ua, he became the third in the world and the first blind climber in Asia to conquer Everest.

The man began to lose his sight when he was only 21 years old, blindness was the result of glaucoma – a disease that progressed very quickly and led to atrophy of the optic nerve. An example for Zhang was the American blind climber Eric Weienmeier, known as the first visually impaired man to conquer Everest. Austrian Andy Holzer was the second to reach the top of the world.

Zhang Hong decided that he would definitely perform his personal feat, and began training under the guidance of his friend Qiang Ji, an experienced mountain guide. At the beginning of training, he was scared that he could not see where he was going, did not always feel the center of gravity, but because of this, he lost his balance and often fell. But despite the difficulties, the man continued to move towards his goal. In an interview with Reuters, Zhang Hong said: “Difficulties and dangers are an integral part of the ascent, which contains the meaning of conquering the top.”

Details of Zhang Hong’s ascent and plans for the future

The blind climber began climbing Everest in early April on the southern slope, from Nepal, which recently opened access to the mountain for tourists. At the same time, China has restricted the issuance of climbing permits. In the second base camp, Zhang spent two weeks training and getting used to the altitude, and then went through the Khumbu Glacier to the third camp, where he acclimatized before the final ascent. Zhang Hong set out on the route accompanied by three mountain guides.

The expedition reached 8849 meters on May 24, and 4 days later the climbers returned to base camp. After the climb, the Chinese climber thanked his family, guides, specialists from Fokine Hospital, who provided medical support, and Asian Trekking, which organized the expedition. Zhang’s further plans are to climb the highest mountains of seven parts of the world. These are the so-called “Seven Peaks”, which are challenged by desperate climbers. Before climbing Everest, Zhang Hong conquered Lobuche Peak in the Himalayas at a height of 6119 meters.