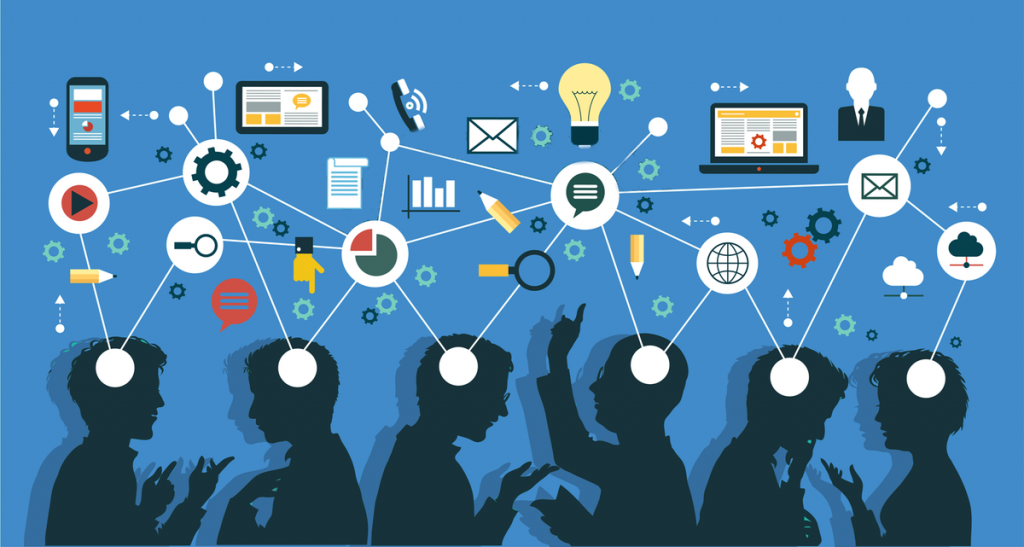 We define social engineering as the manipulation of a person or group of people to break into security systems and steal important information.

Social programming can be used regardless of any hacking, and for anything, for example, to curb an aggressive crowd or ensure the victory of any candidate in the next election, or vice versa, to denigrate the candidate and to make a peaceful crowd aggressive. It is important that there is no talk of a computer in the slightest.

Thus, the term social engineering will be used when referring to an attack on a person who is part of a computer system.

For example, if you need to come to an organization under the guise of a telephone wizard, you can just come and start checking phone boxes. This is in this terminology – social engineering.

And you can do it differently. You create a situation in which in a particular organization you are known as a telephone master. After that, you wait for something to happen to the phones or do something with them yourself, and calmly wait for you to be called and asked to come. This is reverse social engineering.

“Thus, you yourself do not come from anything or anything, but you are asked to come. Of course, the second case is much better, ie. removes from you, in general, all suspicions.”

Social programming can be called science that studies the methods of targeted influence on a person or group of people in order to change or maintain their behavior in the right direction. Thus, in essence, the social programmer aims to master the art of managing people.

The basic concept of social programming is that many actions of people and their reactions to one or another external action in many cases are predictable. The thing, generally speaking, is very interesting. But for the most part, it really is. The general scheme of methods of work of social programmers is presented in the image.

In social programming, the development of a scheme of influence comes from the end, ie from the desired result.

Here is one very simple and very bad example. Let there be someone, for example, a deputy, who is very disturbed by the boss. Suppose this deputy knows that his boss has heart disease and weak blood vessels, and the one who has heart disease loves to “put on a glass.” Relatives, of course, almost walk on their heels and take away this glass, and it even works.

And our deputy. the chief in one way or another begins to sing to the one who has heart disease purposefully. In the end, the vessels do not survive. Hemorrhagic stroke. Deputy the chief became the chief. He cried the most at the funeral, and then remained the closest friend of the family. Despite the fact that he actually killed the head of the family.

What methods of social programming are great for criminals, about whom or no one will ever know, as in the example described above, or even if someone guesses something, it is very difficult to prosecute such a figure. Well, we do not have an article in the Criminal Code “Bringing to a stroke.” And if it was – go, prove that everything was so, because the “proven” did everything purely voluntarily, being capable, no one introduced him to hypnosis, no one irradiated with electromagnetic rays…

We have considered a rather classic and very simple scheme of negative application of social programming. In different variations, this scheme has been operating since ancient times, if we recall the story.

In this case, the desired result is the physical elimination of the opponent. Thus, the goal is formulated. The psychophysical characteristics are further developed, as a result of which the tendency to drinking and the presence of chronic cardiovascular diseases are clarified. Then a measure of influence (excessive alcohol consumption) is developed, which, when used correctly, gives the planned result.

It is very important that human behavior is natural for itself. Which is interesting. To do this, the calculation of psychophysical characteristics.

Because otherwise, it would not be social programming. After all, when a maniac murderer, for example, has already chosen a victim and is going to kill her, he also knows about the future in the victim’s behavior that she does not yet know about herself. But, agree, the victim’s behavior, in this case, can hardly be called natural: it is difficult to imagine that meeting maniacs is her natural pastime. Thus, social programming is when you artificially model a situation for a specific person, in which you know how that person will behave based on knowledge of the psycho type of that person. The same applies to a group of people.

Social programming, in contrast to social engineering, has a wider scope, ie. works with all categories of people, no matter what part of the system it is. Social engineering is always di works only with a person who is part of a computer system, although the methods used in both cases are similar.

At the end of the conversation about social programming, we give a well-known example of how to skillfully manipulate people.

One day a grandmaster received a letter in the mail in which an unknown man, introducing himself as a young novice chess player, offered to play a remote game of chess. Remote, because the moves were sent by mail. The grandmaster was promised a very large sum of money to win, and if there is a draw, or, God forbid, the grandmaster loses, he pays the money. However, twice less than the amount he will receive himself if the young chess player loses. The grandmaster, without hesitation, agreed. They bet and started playing.

From the very first moves, the famous grandmaster realized that he would not be able to earn money “for free” because the first moves gave the young chess player a promising master. In the middle of the mast, the grandmaster lost his composure and sleep, constantly counting the next moves of the enemy, who turned out to be not just a promising master, but a very great master.

In the end, after a long time, the grandmaster barely managed to draw a game, after which he threw a bunch of compliments on the young man and offered him no money but his support, saying that such talents will make him world champion.

But the young chess player said that he did not need world fame and that he only asked to fulfill the conditions of the bet, that is, to send the money he won. What the grandmaster did, crushing his heart.

And where is the manipulation, you ask?

And the manipulation here is that it was not a young man who played against the grandmaster, but another great grandmaster, who received exactly the same letter from the young man and agreed to “earn quickly” in the same way. Under the same conditions: a young man pays him a large sum for a win, and a grandmaster pays a young man for a loss or a draw.

As a result, two great chess players fought with each other for about six months, and a young “talented chess player”, speaking in modern language, worked as a mail repeater, that is, only sent their letters to each other.