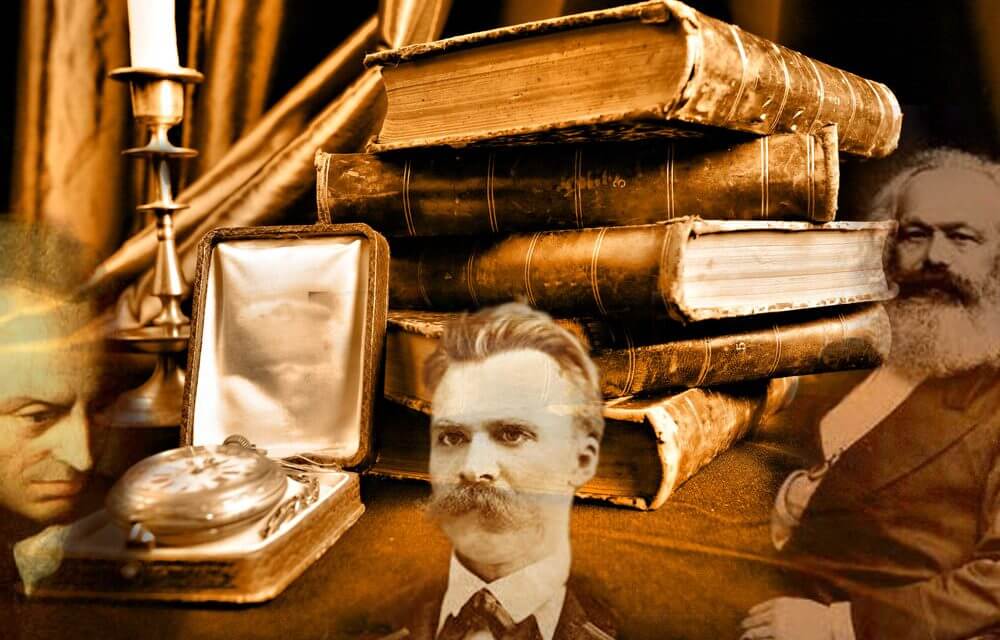 Friedrich Nietzsche died at the age of 55 and left behind more than 20 philosophical scientific works. Karl Marx died when he was 64, his legacy – about 7 monumental works. Immanuel Kant lived 79 years, his main philosophical ideas are 8 volumes.

And now the question: what do you think these routines were followed by these thinkers every day? What helped them work day in and day out? And how did you manage to leave such an amazing spiritual heritage?
Let’s find out more.

Nietzsche was a philologist by education – he studied first at the Universities of Bonn, and then at the Universities of Leipzig and Basel. However, few people know the philologist-Nietzsche, but the whole world is familiar with Nietzsche-philosopher. It was he who developed the idea of ​​the “superman”. Superman is a new round of evolution. He must surpass an ordinary person as much as the latter surpassed a monkey. He is egocentric in love with life. He is a creator whose destiny depends only on his will.

Was Nietzsche such a “superman”? No way. He was in very poor health. He lived in the Swiss Alps and led a fairly simple, if not ascetic, life. Like many successful people, Nietzsche was very reverent about the morning. Here is what his biographer Curtis Kate wrote about it:

With a spartan austerity that never ceased to amaze his grocer, Nietzsche got up every morning at dawn, when the sky was just beginning to turn gray. He washed with cold water, drank warm milk, and if he did not feel a headache or nausea, worked without leaving until 11 o’clock in the morning.
Today we would call such concentrated work the state of the flow. After that, Nietzsche went for a two-hour walk in the woods or to the lake. His constant “companion” was a notebook – in the fresh air often come to mind wise thoughts.

Then Nietzsche returned, dined alone (usually steak and fruit), and went for a walk again. And again with him – a notebook and a pencil. Returning home at about 5 pm, the philosopher had dinner (biscuit and tea) and sat down to work again. Nietzsche plunged back into the state of the stream, until, finally, about 23 hours to go to bed.

Karl Marx was an economist, philosopher, and writer who created the theories of “added value” and “class struggle.” From 1849 he lived in London and followed, like Nietzsche, a very ascetic, though a little more free, way of life. Historian and thinker Isaiah Berlin wrote about Marx’s order:

Marx’s regime included a daily visit to the reading room of the British Museum, where he left at 9 am and where he remained until the closing (7 pm). This was followed by long hours of night work, accompanied by continuous smoking. The bad habit greatly affected his health, the disease prevented him from working, exhausted, and irritated him.

Kant – a prominent German philosopher of the XVIII century. His “Critique of Pure Reason” is considered a fundamental philosophical work and the main work of the thinker. To keep his mind clear, Kant followed a strict daily routine.

As you know, Kant liked to sleep but did not allow himself to deviate from the accepted schedule. He woke up at 4:45 and was proud that he never got up even half an hour later, despite the fact that getting up early in the morning was very difficult for him.

After rising, Kant drank one or two cups of weak tea and smoked a pipe. For him, smoking was like meditation. At the same time, the philosopher strictly defined for himself – only one “meditation” per day. However, contemporaries mentioned that over the years the size of his smoking pipe became larger.

After the morning “relaxation”, Kant wrote lectures and worked on his books until 7 am. From 7 to 11 he taught. Then he had lunch and went for a walk. But unlike Nietzsche, he preferred to walk not alone but with a friend. When he returned home, Kant went back to work and read a lot.

As you can see, the everyday life of great philosophers did not differ in diversity. But each of them developed an optimal daily routine for himself and strictly followed it.
This is what allowed them to work productively.