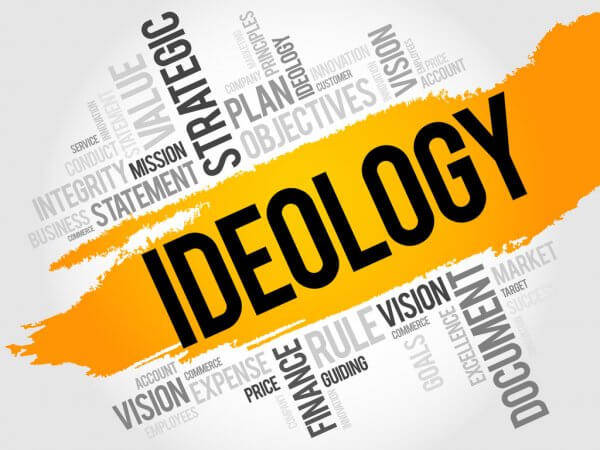 • Findings from a comprehensive long-term poll in the United Kingdom call into question claims that conservatives are more threat sensitive.
• Anxiety disorder symptoms were more common in people who had left-wing economic-political beliefs.
• People who have liberal economic ideas are more neurotic and less conscientious than those who hold conservative beliefs.
• Threat sensitivity and political ideology may have a more complicated relationship than previously assumed.

Conservative political ideas are driven by sensitivity to threat, according to a long-standing paradigm in social psychology called “motivated social cognition.” It has been suggested, for example, that high levels of mortality anxiety, system threat, and perceptions of a hazardous world all lead to conservatism, whereas those with low levels of these qualities have more liberal views (Jost et al., 2007).

According to this idea, recent research (Helminen et al., 2021) looked at whether conservative political beliefs were linked to having an anxiety condition, as persons with anxiety disorders are inherently sensitive to emotions of threat. In addition, the researchers wanted to see if the sensitivity to danger was linked to other elements of political ideas, such as social attitudes (such as family values, abortion, and so on) and economic opinions (e.g., concern for inequality, environmentalism). The study revealed that persons with liberal economic views were more likely to suffer from anxiety disorders than their conservative counterparts, contrary to predictions. As a result, it appears that the idea of motivated social cognition is backward.

The research was based on data from a long-running nationally representative survey in the United Kingdom that followed a large cohort of persons born in the same week in 1958 for many years. Helminen et al. utilized a subsample of approximately 7,000 people who completed questionnaires when they were 33, 42, 44, and 50 years old. At the ages of 33, 42, and 50, participants were asked 21 questions regarding a wide variety of political beliefs, including economic disparity, distrust in politics, racism, attitudes toward authority, environmental protection, family values, and work ethic. Participants were tested for symptoms of generalized anxiety disorder, phobia, and panic disorder at the age of 44 to assess anxiety disorders.

What the Research Found

Anxiety disorder symptoms were more common in people who had left-wing economic and political ideologies. Higher overall anxiety symptoms at age 44 predicted concerns about inequality and the environment, political mistrust, and a poor work ethic by age 50, according to the findings. Concerns about inequality and the environment at the ages of 33 and 42, on the other hand, predicted increased total anxiety symptoms by the age of 44.

Concerns about inequality and the environment were predicted by symptoms of generalized anxiety disorder and phobia, but not a panic disorder, at age 44. Furthermore, phobia symptoms were linked to a poorer work ethic and higher skepticism in politicians at the age of 50.

In conclusion, anxiety disorders were linked to some political beliefs but not others. In particular, anxiety disorders symptoms were continuously linked to increased worries about inequality in general, and to a lesser extent, the environment, as well as political mistrust and having a poor work ethic, over the long term. Rather than panic disorder, these attitudes were more commonly related to generalized anxiety disorder and phobia.

These findings go against what the theory of motivated social cognition predicts because worries about inequality and the environment are linked with the political left, but a focus on work ethic is associated with the right. As seen by items such as “None of the major parties will do anything to assist me,” political distrust is neither obviously left-wing or right-wing.

The Average Neuroticism of Liberals Is Higher Than That of Conservatives

The findings are also in line with another research based on American data (which I mentioned in an earlier blog post) that indicated that those on the extreme political left have a greater prevalence of mental illnesses than those on the right. As I previously said, research on the “Big Five” personality qualities of extraversion, agreeableness, conscientiousness, neuroticism, and openness to experience has discovered that persons who identify as politically liberal score higher on openness to experience. They are more open to experience and neuroticism, but less conscientious than their conservative counterparts (Fatke, 2017; Gerber et al., 2011). Furthermore, polls show that neuroticism is more closely linked to economic liberalism than to social liberalism (Gerber et al., 2009).

Despite its widespread acceptance in social psychology, the theory of motivated social cognition may be too simple to fully understand the psychology of conservatism. According to recent cross-national research (Brandt et al., 2021), the connection between political views and danger sensitivity may vary depending on the type of threat and the country. The study discovered that economic risks were associated with left-wing economic ideas, whereas violence-related threats were associated with more culturally right-wing attitudes, with exceptions. This is consistent with the findings of the British study I looked at here, which indicated that worry over economic inequality, which is more traditionally associated with the left, was linked to increased anxiety and, presumably, sensitivity to threat.