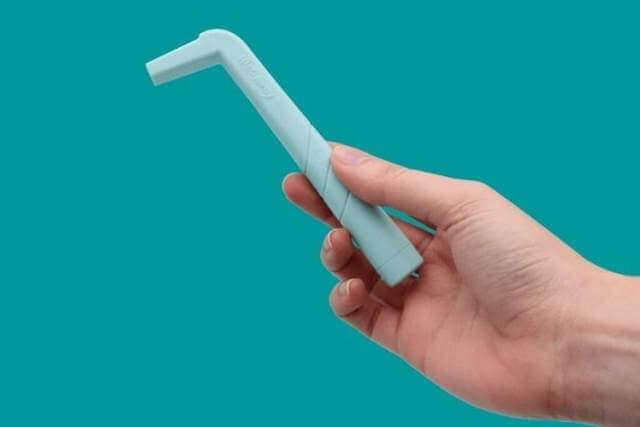 According to a study published in the JAMA Network Open, 92% of the 249 volunteers reported that HiccAway was able to relieve them of hiccups, with 90.8% finding the straw simple and easy to use.

An attack of hiccups begins due to spasms of the diaphragm. At such spasms the protective reflex is included: the vagus nerve blocks an epiglottis in a back part of a throat and causes characteristic “ik”. But hiccups become painful not because of a single reflex, but because of “falling into the cycle.”

HiccAway straws have two holes: a large one at the top and a small one at the bottom – because of this a person has to take strong breaths when swallowing. This effort stimulates the vagus and diaphragmatic nerves – it helps the spinal cord to “reboot” and break the closed cycle of hiccups. In scientific terminology, such devices are called FISST – tools for forced breathing and swallowing.

HiccAway does not guarantee getting rid of hiccups and even more so does not treat its causes. If hiccups recur frequently, you should see a doctor, as this may be a symptom of a serious illness. But HiccAway can be the same straw that will save a drowning man in grueling attacks – it costs only $ 14.