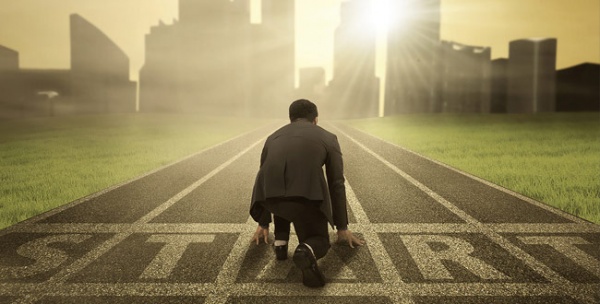 Each of us, who starts his own business, is tormented by doubts: will he succeed or will he have enough strength to achieve the set results. And when everything goes wrong, the hands themselves fall, and any desire to continue the business disappears.

Many successful people have failed when they started their business. But they found the strength to go further and succeed.

For example, Winston Churchill was not transferred from sixth grade to seventh. He failed to get into any of the political positions he aspired to. But at age 62, he became Britain’s prime minister. Thomas Edison’s teachers told him that he was not smart enough to learn anything. He also had to create 10,000 light bulbs before getting a working prototype.

Albert Einstein (Einstein) began to speak only at the age of four, and writing – at seven. Teachers called him “slow” and “mentally underdeveloped.” But he just had a special mindset, as evidenced by his Nobel Prize in Physics.

Henry Ford’s companies went bankrupt twice. But after improving the design of the car and after a while Ford Motor Company became a world-famous company and a leader in the production and sale of cars. There are many such examples. That’s why we have prepared the TOP-10 successful people of our time who started their careers with failure.

Steven Spielberg is a great director of our time. He made such cult paintings as “Jurassic Park”, “Schindler’s List” and many others. But before getting rich and becoming famous all over the world, Steven Spielberg experienced many failures and failures. As a young man, this future genius of cinema did not enter the School of Cinematographic Arts established at the University of Southern California, because he did not get enough points.

But young Steven Spielberg was stubborn, so he tried to join again. But for the second time, a fiasco awaited him. The boy did not despair because of this and applied to another faculty, but was again refused. Another person in his place would have long ago left attempts to enroll to study, but not Steven Spielberg. Instead, he entered a technical college and in his spare time created one of his first short films, which appealed to Universal Pictures. Everyone already knows how it all ended.

Few people know that at first Bill Gates did not create Microsoft, but Traf-O-Data, which developed programs to optimize traffic. But, unfortunately, or fortunately, this company soon ceased to exist, and Bill Gates’ reputation was damaged. But Bill and his friends continued to work hard and, as it turned out later, not in vain. As a result, they created Microsoft, which became the main supplier of computer software.

Stephen King is known among fans of mysticism and horror. His wonderful books are read by millions of people around the world. Now it is very difficult to believe that in his first book “Carrie”, publishers refused to publish thirty times. The last, thirtieth refusal overflowed the cup of Stephen King’s patience.

He simply threw his manuscript in the trash, but it fell into the hands of his wife, who still persuaded her husband not to despair and not to give up. After that, Stephen King decided to try his luck again and sent this manuscript to another publisher. This time, the manuscript was liked by the editor and was a great success, and at the same time began a successful career of the great and world-famous writer. To date, he has written 49 novels, which have sold 350 million copies.

George Soros, whose real name is Djordje Soros, is considered one of the most successful financiers of the era. He managed to survive the Nazi occupation, and after the war, he emigrated first to London, where he studied at the London School of Economics and at the same time worked as a waiter. Despite the successful completion of school, Soros could not find a job in the financial sector for a long time (largely due to nationality). I had to be content with the place of a salesman.

Much has changed emigration to the United States and the penetration of Wall Street. After experiencing a series of ups and downs, George Soros became who he became – a billionaire, philanthropist, a major stock market player, and financial theorist.

An American actor, best known for his roles as Gan Solo in the Star Wars epic and Indiana Jones in the film series of the same name. However, after the first film, Ford’s producer told him that he would never achieve anything. And even when work began on the film “Indiana Jones”, the role of the protagonist, producer George Lucas, and director Steven Spielberg nominated another actor. But he was too busy on other shootings, so S. Spielberg proposed the candidacy of H. Ford and managed to defend his choice in disputes with J. Lucas. Today, H. Ford is the third box office actor in the United States after Eddie Murphy and Tom Hanks, and the third

those at the box office in the world.

Macle Jordan, a world-renowned American basketball player, is multiple winners of the Chicago Bulls National Basketball Association Championship and a two-time Olympic champion. However, before becoming a sports star, he proved that his growth is not a serious obstacle to a sports career. The fact is that his height was considered very low for basketball.

For example, when Michael Jordan was still at a children’s sports camp, he wanted to play for the college basketball team. The coach of the team was surprised by Jordan’s talent but was forced to refuse him due to his height. Michael was very upset by this and decided that all his sporting hopes had come to an end. But his mother was able to persuade Michael to continue his training and prove to the coach that he was wrong.

Oprah was fired from her first television job: management decided that her appearance on the screen was inappropriate. Because reporting the next hurricane, she could not hold back tears. But Winfrey gathered her strength, continued to work, and became the queen of television talk shows. In 2009 she was recognized as the most influential person in show business according to Forbes magazine. Oprah’s fortune is estimated at about $ 2.7 billion, making her the richest woman in the world’s show business.

British writer, screenwriter, film producer, mostly known as the author of a series of novels about Harry Potter. Her books have gained worldwide recognition, won a number of awards and have a circulation of over 400 million copies. Septology topped the list of best-selling series of novels in history and was screened in a series of films of the same name, to the production and script of which the writer herself joined.

However, before such success, Rowling was unemployed, divorced, and raising a daughter for social assistance while writing her first novel about Harry Potter. Rowling is a living example of career growth, overcoming the path from living on state aid to multimillion-dollar fortunes in 5 years. Joan Rowling is the best-selling contemporary author in the UK with sales of over £ 238 million. Today, she is an international celebrity and the first to earn billions by writing books.

She could not get into the US Olympic figure skating team. Leaving figure skating, she decided to dedicate herself to fashion. She became an editor at Vogue, but her candidacy for editor-in-chief was rejected. Wong became a designer of wedding dresses at the age of 40 and today she is a leading designer in this field. Vera also creates dresses for contests, exhibitions, competitions. Her clients were Victoria Beckham, Uma Thurman, Kim Kardashian, Jennifer Lopez, Ivanka Trump, Kate Hudson, and others.

Jan Kum, a programmer, creator of the popular WhatsApp messenger, once felt the full burden of emigrant life. His mother went to the United States from Ukraine in 1992 with her son and initially worked as a nanny. Ian also did not shy away from any work and washed the floor in the supermarket. At the same time, I read a lot and was interested in computer literature.

He never graduated from university, but joined the hacking club w00w00 and got a job at Yahoo. However, when things didn’t go very well at Yahoo, Kuma’s mother died and a friend lost a lot of savings during the dot-com crash. In 2007, they realized that they had received everything they could from Yahoo, after which they both left the company and started their own business. In 2009, together with Brian Acton, Ian came up with a free messenger for smartphones, which he later sold to Mark Zuckerberg for a crazy $ 19 billion. Since 2014, the CEO of Facebook.