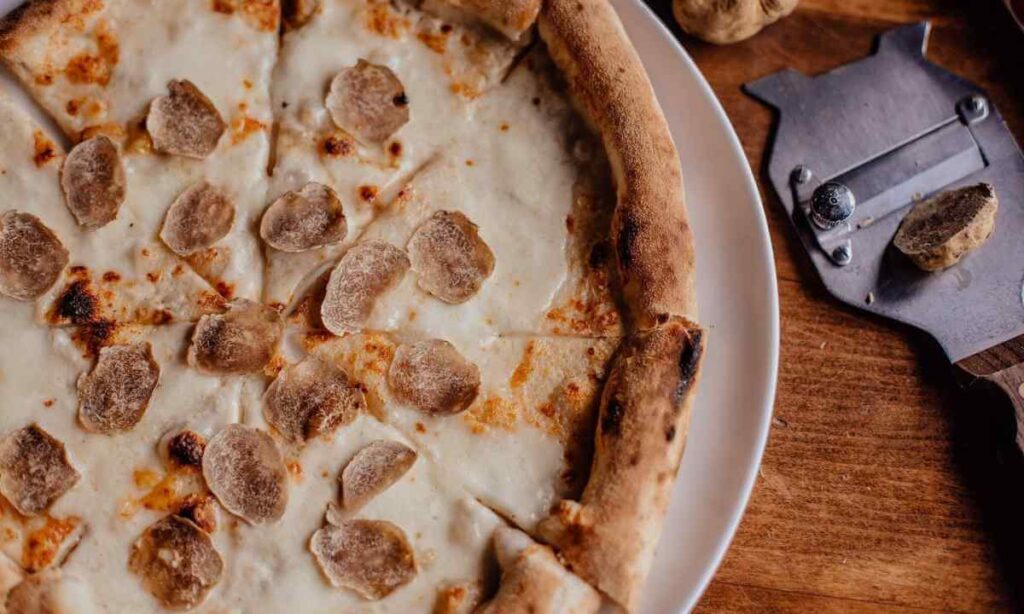 The Scots, as everyone knows, are a strict people. In addition to being able to kick the enemy’s ass, walk-in kilts all year round and turn on awe-inspiring girls in numerous love novels, they still eat their National dishes.

Well, oatmeal – we are all sinners. Well, okay, Kalen-skink – a thick soup of smoked haddock, potatoes, and onions – the sea nearby, everything is clear. A dessert called Granahan – whipped cream, raspberries, honey, oatmeal, and even whiskey – looks quite decent. But haggis!

Haggis (haggis) is a celebration of folk cuisine overall noble culinary delights. It is difficult to imagine a dish that looks more unattractive to tourists (okay, except for the wormy Sardinian cheese). The average tourist loves to be beautiful, in pastel colors and cherries on the side. The cherry on the haggis will look like fashionable clothes with rhinestones and sequins on the descendant Scottish hill. Simply put, nonsense. A real haggis does not need jewelry, it is good and reliable in itself! And if you are not able to accept him as he is, then he does not care. After all, it’s just a sheep’s stomach stuffed with different ingredients.

In freshly cooked form, haggis looks, as already mentioned, not very attractive. This is a very thick sausage tied on both sides, stuffed with lamb giblets (traditionally used liver, lungs, and heart), with the addition of onions, lard, spices, and other trifles. As such, vacuum-packed haggis are sold in supermarkets and purchased by true connoisseurs who are ready to eat them right away. It is difficult to bring this product as a “tasty souvenir” – the shelf life is not very long, and if it is marked large, you understand the quality of this haggis. But if you still decide, choose products from McSweeney’s, which has proven itself well. And for those who do not eat meat, since the 60s of last century there is a vegetarian haggis – there the meat is replaced by various legumes.

In restaurants, most likely, everything will be decent and as loved by timid tourists – without cherries, but worthy of ladies and gentlemen. Traditionally, haggis is served with an additive called neeps and tatties – these are finely chopped turnips and potatoes, cooked in a special way. Therefore, the gutted haggis, which you will most likely be served, will look like a hill of minced meat with additives. But know, know that they cooked it in a lamb’s stomach, and it’s the same! And great, if you think about it. Because, despite the fact that haggis was considered the food of the poor (in production, as you guessed, it is inexpensive), it is nutritious and delicious – what else do you need from a dish that has become national?

In general, of course, the Scots are not the first. Mentions of pickles like this date back to the time of the ancient Romans, and in the “Odyssey” “mentions such a dish as a stomach full of” “fat and blood”. In practice, everything was probably not so scary and meant the ancient analog of the Haggis. In Scotland, it is known by this name since the XV century, and since then it is prepared throughout the country. On January 25, the birthday of the famous poet Robert Burns, who sang haggis with pleasure and taste, it must be prepared – a tradition. In general, Burns Haggis is indebted to nationalization – after the “Haggis Ode” written in 1787, which many Scots know by heart.

Haggis does not have his “beautiful history”, but he does not need it. Rumors about its origin are purely practical. According to one version, its origin is due to cattle drivers. When stern mountaineers went with herds down the overcast meadows to sell sheep at a fair in, say, Edinburgh, the wives prepared food for the journey – chopped fried sheep little by little, and “packed” them in the stomach, because it’s more convenient. According to another version, during the slaughter of cattle, its owner, a nobleman, allowed workers at the slaughterhouse to leave offal as their share.

It is recommended to drink haggis with Scotch whiskey – it is served at the “Burns dinner”, and therefore is considered the most suitable drink for this dish. Light red wines and aromatized Belgian beers such as Duvel and Chimay Blue are also suitable.

Scotland for many years aspired to independence and achieved it – in the national cuisine for sure. With their haggis, which is tastier than many “haute cuisine” dishes, for which people often pay crazy money, the Scots seem to be telling us: everything is ingeniously simple. If you are a true master of your craft if you want to live and you have a goal to go, you will come up with a dish from the simplest ingredients, and it will become famous, and it will be sure to try everyone who comes to your country. So what is a stuffed stomach? So what does he look like as an alien larva? Haggis did what he had to do: bypassed all the delicious dishes and became the most famous national dish, that is, left in the end only one. True connoisseurs do not judge. True connoisseurs take a knife and fork and a haggis pops up on both cheeks.